Pak Pandir is a character in a Malay epic which represents somebody who is extremely stupid and naive. When I was small, the stories of Pak Pandir will be narrated as an entertainment (no dvd, internet and Facebook yet) as well as for us to learn the moral behind the stories. While some of the Pak Pandir stories appear to be extreme, nevertheless, they reflect live in those days and how simple people's thinking could be. 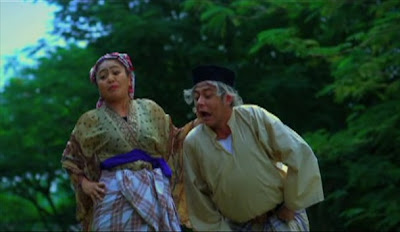 One of the episodes in Pak Pandir's epic was when his child died because he over feed him with porridge baked by him wife, Mak Andih. He wrapped the dead body with mengkuang (tried to find the English translation for this but failed) mat and brought his child to the burial site. Somehow, the body was dropped without Pak Pandir realising it. He went on and buried the mat without the body. On his way back, Pak Pandir saw the body of his child and said to himself, I am not the only one with a dead child. That pacified him, sort of.


When Pak Pandir returned home, he told Mak Andih "We are not the only one who lost our kid". This statement sends a very powerful message. For Pak Pandir and alike, knowing that others have a same problem makes the problem not a problem. This is not much different when we discuss the issue of corruption. Quite a number of us would dismiss corruption as something which is practiced everywhere, "So, where is the problem?". Sometimes I just wonder whether we as a society really feel corruption is a disgusted sin or entitlement for some people whenever they appear to have done some good deeds. 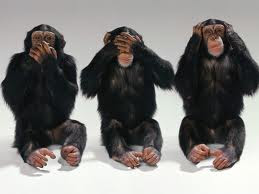 Then, to me this story was just about a stupid fellow who are too naive to understand the facts. I suppose having lived longer and seen many more things in life, I realise that the story has deeper meaning than just that. I am sure we had occasions in our life when people like Pak Pandir are looked down, used and abused. Given their naivety, they could be easily manipulated. In a more complex world where truth could be manufactured and disseminated over the media, people with Pak Pandir's character become very important to those who rely on numbers to maintain their interests.

Just wondering whether there is any person who behaves like Pak Pandir without realising it? I am not also sure whether Pak Pandir realises this himself. Perhaps to him he was just an ordinary person going through life and any offer to make things better would be appreciated. Damn with the intention of the offerers and the consequences of the trade off. In this modern world, things may be more sophisticated and such episode could be more complex than those days. Therefore, there could be more Pak Pandirs now than then.


Entertaint yourselves with a song from Pak Pandir.

This text may be value everyone’s attention. How will I learn more?
toblay