This story may be inspiring:


IPOH -A 57-year-old liver cancer survivor, G. Deo, set a new personal record after walking backwards 44km and dedicated the feat to Sultan Azlan Shah of Perak in conjunction with the ruler's 83rd birthday yesterday. Deo took seven hours to reach the finish line at Temoh, near Tapah and broke his previous record, which was set before he was diagnosed with illness, by another 4km.

"As a true Perakian, there is no other gift that I can give the sultan, except to honour him with my accomplishment. I also wanted to set a new personal record and prove that I can still perform despite having suffered from a serious illness."
Deo began at 7am in front of the Gunung Rapat police station here and walked backwards along the Ipoh-Kuala Lumpur trunk road. More
Does this work all the time?
Like it or not the planet will continue to revolve and we will need to face a new day everyday. Depending on who we are and what we do, our days will require us to address various challenges, issues, concerns etc which may take different forms and modes. In facing such situations, many people will look back to their past experience to draw learning points and use them in meeting future challenges. While it may work if the issues and facts could be the same as in the past, such approach may not be effective if surroundings, environment and situations have changed. 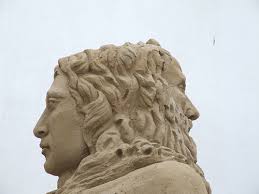 In the 70's, Malaysia thrived as a manufacturing hub especially for companies from Japan which were looking for locations which offer low cost base. Now, everything is produced in China and other emerging economies and we will be crazy to repeat the same successful formula. Even maintaining a low currency will not work. In fact this is tantamount of the whole country subsidising manufacturers which may not be competitive otherwise.
As we progress further, our appetite towards energy will increase. We are so used to cheap fuel through subsidy. The later we change this attitude the more would be the subsidy burden. Worse, we never be bothered to be energy efficient. Any attempt to change this has been resisted with many reasons and excuses. As what I have always said in the past, we want to eat what  rightfully belongs to our children and grand children!
Some may want to defy universal rules. For example the Pareto principle has been proven in many situations. The 80:20 rule so to speak. 80 of the impact is influence by 20 of the effort etc, etc. However, we have people who use simple logic by arguing that the economic cake should be distributed based on the proportion of population! This is not looking backwards while moving forward. This is simply closing both eyes to reality and keep on shouting something which purportedly popular. It simply means rewarding those who refuse to make any effort. 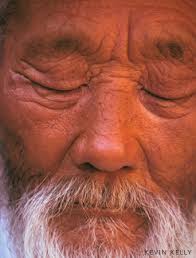 We have many options ahead of us and the outcome will be based on our selection. While we may want to life on a fantasy island, the days that we are going to face are real. We can lie to others and even ourselves for a while but reality will eventually catch up!
on April 24, 2011 No comments:

Learning is part of living. We learn through many ways, formally in classes as well as through observation and reflection. Nobody should feel that he or she is knowledgeable enough for not to learn anymore.

Germany is a developed country. It is a country known for its passion for efficiency, perhaps rooted in its industrial culture. Many global brands such as Mercedes, BMW and many more originated from this country. The current hot issue in Germany now is about the future of nuclear technology. Given what is happening in Japan, people are very concern of the risk of another nuclear disaster while seeking alternatives to satisfy Germany's hunger for energy. In fact, countries like Germany are so into renewable energy while we still believe it is our entitlement to keep on burning our subsidised fuel without being concern about energy efficiency! 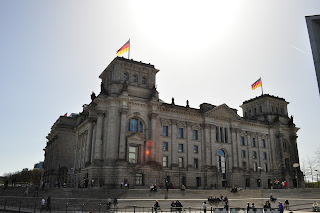 Why am I discussing about the Germany's Pasar Tani  or agriculture market rather than technology? Germans are human too and food keeps human alive. Observing their version of Pasar Tani provides us with the opportunity to understand more about their culture and values. 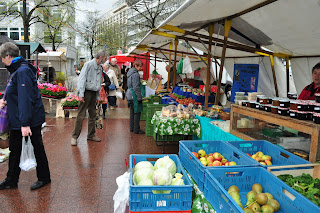 There is no surprise in terms of the kind of stuff that we can find at their agriculture market in Berlin, mainly foodstuff like what we have here. Off course we can find sausages, something that is consumed widely in Germany. 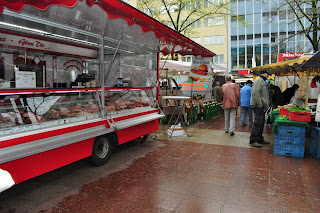 What matter most is about the cleanliness, something that we have not picked up here. Everything is dry and clean and everyone seems to be very cautious to maintain the cleanliness of the market. 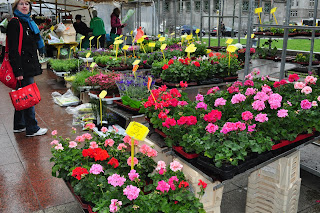 Lesson number one is that it is possible to have a clean agriculture market, not wet and stinky like ours. Lesson two is that cleanliness is everybody's business, not the responsibility of local government officers only. These are the basic observation which is common in developed countries. Developed in terms of mindset, not just having tall buildings and long stretch of highways.

So, if we in the east feel that we are special, it may not be so until we learn more about doing the basic thing like keeping our environment clean, even as Pasar Tani.