At lot has been spoken and written regarding Steve Jobs, the co-founder of Apple that passed away recently. Known for his commitments towards what he believed as right, Steve broke all the rules, challenged status quo and guest what, he was proven right.

He was certainly an innovator. To my mind, innovation by definition is to proof the status quo is wrong and offer better alternatives for the common good of the society. Be that in scientific discovery, business models or social thinking and living. So those who are incumbents, whether in business or politics, people like Steve are not welcomed. This sort of people do not only reduce life expectancy of products or services, but politicians and political parties as well.

The fourty-two chapter book with 599 pages was written by Walter Isaacson, the CEO of the Aspen Institute who was also the Chairman of CNN and the managing editor of Time magazine. You need to have a copy of it to learn more about Steve. 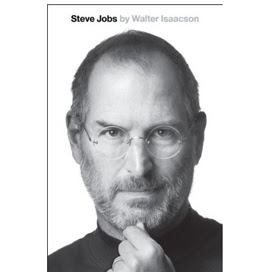 Sadly, the book is only available in ENGLISH (at the moment) making it useful to ENGLISH competent people. It may later be translated to many other languages but it will take time and sometimes the context might not be the same due to the differences in culture and values.

Perhaps, in some countries, people like Steve Jobs are not welcomed. Who need more of the people who keep on changing status quo and offer something different? Not good for stability and harmony! Insecure and incompetent people with power may believe so.

Further, in some countries, a big number of policymakers are now people who could not comprehend ENGLISH well, due to the policy shift in the 70's. This was the time when changing what was established by the colonials were fancy.

So, instead of acknowledging their deficiency, just create a policy to institutionalise the shortcoming so that everybody would be the same. By doing this, not only Steve Jobs alike will be prevented to exist, the deficiency in ENGLISH does not exist anymore because everyone share the common trait.

Even when writing about Steve, we tend to break some barriers!