So we will see guys in Malaysia with pads! Not the kind of pad that you may think but the iPad recently released by Apple.

Malaysians may not have the opportunity to use one until perhaps June but the excitement generated through the launch certainly would continue for a long time. Some did feel disappointed though as some features like multitasking is not available. 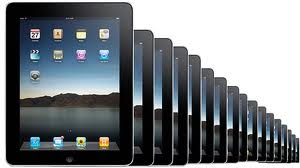 For the strategy point of view, Apple appears to create something between a smart phone and a laptop. iPad appears to be focusing on specific functions which many laptop users spend most of their time on like browsing the web, checking emails, keeping their photos and watching videos. By ensuring the applications that work on iPhones could also be used on iPads, iPad goes into the market with hundreds of thousands of ready applications. This makes the new product more interesting in addition to the technical features which I find very interesting. At the same time it reduces cost to Apple in terms of R&D since the results could be used in both iPhone and iPad.

iPad is another example how diffuse it is now between which one is product and which one is services. If we take a step back, we should be able to acknowledge that products or services have their own ecosystem. Demand for cars for example depends on the network of services centres, part suppliers, accessories, fan clubs as well as critics. Similarly for iPads, the number of application developers, service centres and supporters clubs would contribute towards its success or failures, apart from the functionalities it offers.

There would be more commentaries and review on iPads especially when the first iPad hits the street. But what has been revealed so far is enough to make Apple's competitors to review their strategy in anticipating tough battle ahead with iPads.
on January 29, 2010

Email ThisBlogThis!Share to TwitterShare to FacebookShare to Pinterest
Labels: Technology