Back On The Governance Circuit

I was invited to be a panellist at a forum which touched on anti-corruption  the week before last. This was the last session at the Governance Convention 2019 organised by Institutional Investors Council and the Securities Industry Development Centre. My co-panellist was Tan Sri Abu Kassim, the Director General of the Governance, Integrity and Anti-Corruption Centre (GIACC) which is leading the fight against corruption in addition to the Malaysian Anti-Corruption Commission (MACC).

Tan Sri Abu Kassim shared key initiatives rolled out by the GIACC to combat corruption including asset declaration by our members of Parliament. He also alluded to the introduction of Political Financing Act, which according to him a very critical component of anti-corruption as politicians have influence and could override systems and processes of public institutions.

I shared few key points with regard to the implementation of section 17A of the MACC Act which will be effective June next year. The new provision would introduce corporate liability to businesses which are involved in corruption unless they are able to demonstrate that they have implemented adequate procedures to prevent corruption. 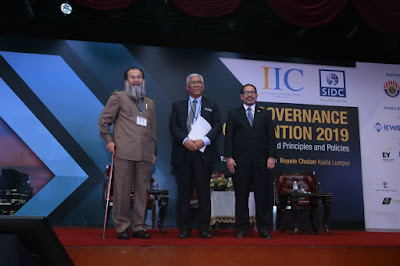 On the other hand, any system implemented in organisations would be effective if they are ran by people who have integrity and committed to the highest level of corporate governance. Hence, over reliance on systems and processes without continuous efforts to educate and develop the hearts and minds of people in organisations could also result in surprises.

The tone from the directors from the top must shape the tune in the middle and the tap of the feet on the ground. Management must ensure everybody is dancing to the same song. The the board fails to ensure management and the rest of the corporations to play ball, the risk of corruption and failure of governance would remain high even though there is a new law regarding corporate liability due to corruption.

A corporation operates in a wider ecosystem where external elements can also shape its behaviour especially when competition for business is intense. If there are elements which can misbehave and remain are out of reach from enforcement actions, other elements in the ecosystem would be under pressure to play to the tune. Hence, laws such as section 17A would only be effective if it is enforced without fear or favour and complemented by political financing law which is said would be enacted. 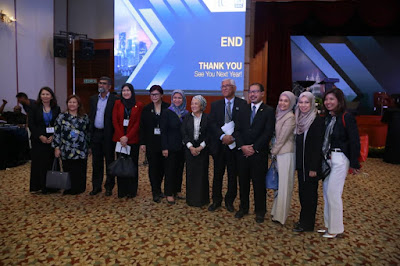 Being back on the governance circuit was something which made me happy. So many things had happened since my last posting on this blog. I pray that I would be able to walk my talk in carrying out the responsibilities which I am now carrying.
on December 01, 2019

I got here much interesting stuff. The post is great! Thanks for sharing it! Cloud Accounting in Perth