I was brought up in the heart of Kota Bharu, the capital of Kelantan at the East Coast of Peninsular Malaysia (or Malaya based on the Malaysian Agreement). When my parents were serving the government in Machang in the south, I was with my grandparents (my mom's untie and her husband - Nenek and Atok) who were childless but were responsible in bringing up few other family members will full of love and affection.

Located at the Kelantan delta, towards the sea, flooding was a natural phenomena. Flood is referred to as "Boh" in the Kelantanese dialect. It normally occurs when the North-East monsoon which blows from November until March bringing heavy rain to the highlands in the south and causing high waves which slows the flow of water form the Kelantan river into the South China Sea. 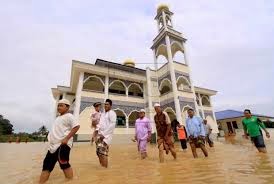 Without much knowledge of weather forecasting or geography, many Kelantanese, Atok included, could read the weather patterns and guessed when the flood would arrive. We could also differentiate whether the flood was caused by local rain pour or from water flowing from the highlands based on the colour of the water. Atok, in his younger days, used to be a trader. He went to sell stuffs in Hulu Kelantan using bamboo raft and brought things back to Kota Bharu. I will write more about this wonderful Atok, a person who was very strict about honesty and integrity, later.

Boh is something which not considered evil to many Kelantanese, then. Perhaps there were more trees which could absorb the heavy rainfall and slowed the flow of the water from the south to the Kelantan delta. Now, as people pursue their millions, logging is one of the keys to wealth, both for the loggers and those with power to approve logging concessions.

When I was small, the colour of the Kelantanese river was blueish but now it is just like the "the tarik" as we know it. Even when those who are inclined to Islamic ideas are in power, I have not seen any changes in the logging practices in the highlands. Just wondering whether the Islam as believed by this group has no environmental protection element when Islam, as I understand it, treats environment protection as part of good governance, expected from any government.

Flood or boh was celebrated as a sort of festivities, in most cases. I could hardly recall a time when they were catastrophic. I could still recall swimming in the cold flood water and most people would be moving around the flooded town with certain feeling of enjoyment. I was aware places which would be severely hit and people would need to be evacuated. Perhaps because these places were at the lowlands, we were not that sensitive to the sufferings of these unfortunate Kelantanese. Many senior Kelantanse would recall Boh Air Merah, one of the major floods where the colour of the water was reddish, as one of the severe ones which caused heavy damage in Kelantan. 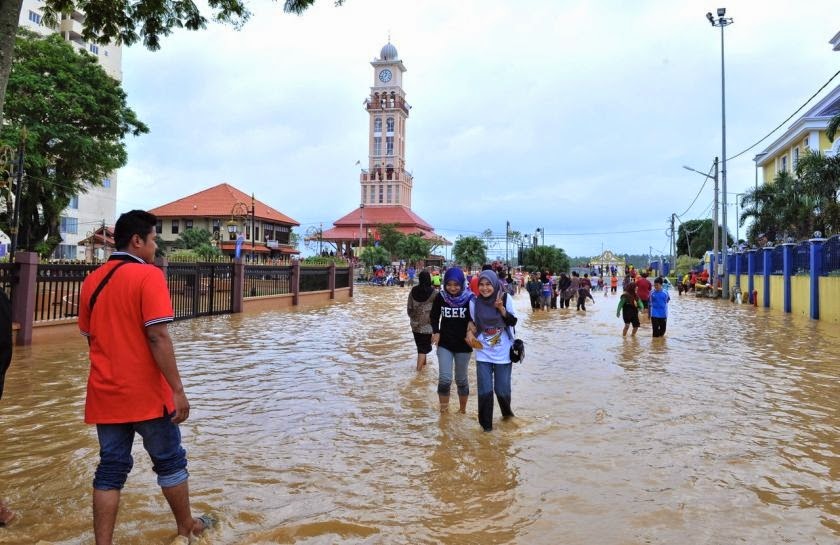 It is very sad to know many parts of Kelantan are flooded this few days, amongst the worst in the history of the state. Just by knowing the level of the flood water in certain places, whether they are at knee, naval or chest levels, I could gauge the severity. I was told that many areas which were not flooded before are experiencing severe flooding. Many people are stranded without supply of food. How do I know this? I have friends on the ground sharing with me the real situations on the ground which are not reported on tv. This is how technology has made the difference when disasters occur. No longer realities could be painted differently.

One elements of flood is its predictability. While many will say, and I believe, that this is an act of god (what else happen without his command?), I can't accept any excuse that those who are in charge of flood relief were not able to prepare themselves earlier. It will always start with heavy rain but that alone is not enough to create a disaster. When the wind start to be stronger, we will start to worry. And then, there are places which will be flooded EVERY YEAR without miss, and as mentioned earlier, this happen only as a particular part of the year. Off course the severity could not be predicted but those who are paid to do the job has no excuse for not being prepared.

I salute Malaysians who have on their own accord arranged volunteer flood relief efforts, in addition to those from the authorities. This is also a new trend where volunteer works could outpace official efforts, in certain situations. When citizens have to take charge, what does this mean?

How do we know the worse would be over, when Chinese New Year comes, as simple as that.
on December 27, 2014 No comments:

The value of a tourist spot

Islands are natural tourist attractions. While Malaysia does not have many islands such as Indonesia and Singapore, we have managed to developed many of our islands, especially from the tourism perspectives.

Penang or also known as the Pearl of the Orient has been a famous commercial centre since the early days. Once a free-port, Penang today is still famous for its tourism appeal although economically it has managed to attract many global electronic manufacturers to locate their facilities around the island.

Tioman and Redang are other islands which are known for their beautiful beaches and marine lives. Their value propositions are different from Penang. Sipadan in Sabah is one of the best dive locations in the world. As a person who use to dive before, I have not been there as I was told that once you go to Sipadan, other dive sites will not be the same again.

I suppose islands have their natural beauty and that attracts people to  go and enjoy those natural features which having a break from their normal routine at their offices or businesses. Naturally, with higher number of tourists, the demand for infrastructures will increase, resulting in more buildings and other facilities are built. This will later spur commerce and more physical structures would be needed as well. How far should we go before these new additions to the ecosystem start to provide reduced value, from the angle of tourism?

I don't have the answer but certainly I would like to see more of the natural beauty to be preserved so that they can be enjoyed by our children and theirs.

These are some of the photos of Langkawi from my recent visit. Mostly on the natural beauty of the island taken using my iPhone 6.

An Orphan Golfer I am

There are many milestones in one's life but not that often one's club membership gets terminated. This happened to me today when officially my membership of Perangsang Templer Golf Club (PTGC) was terminated. The PTGC had been sold to a property developer to be developed into a mixed-development project.

PTGC is not the first golf club that suffers from this fate. Many other golf clubs around the Klang Valley are being developed into property projects due to the increase in property prices. Too tempting for the owner to maintain the clubs facilities and dealing with members' behaviours when the other option is to sell the properties off for handsome profits. 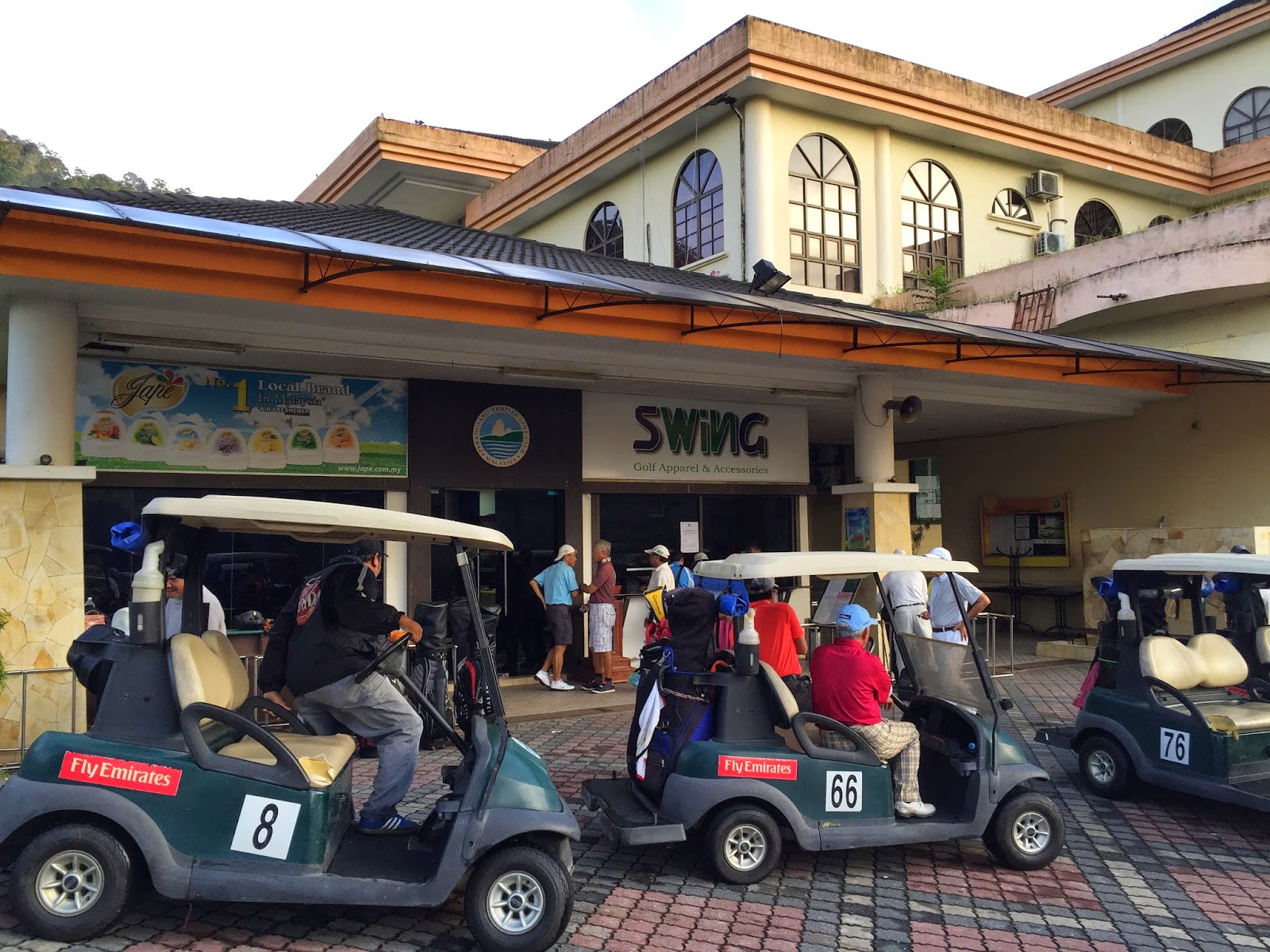 Although PTGC was owned by the Selangor state government which has a lot of money in its bank account, the temptation to "unlock the asset value' was too high. Notwithstanding the green surroundings of the club which is irreplaceable, as many people would say, "money speaks"!. I am not sure, in the case of preserving the ecosystem for future Selangorians, this was a wise move.

Some may argue that golf is an elitist sport. Well, I am not sure in the context of where we are as a society today, providing opportunities for Joe Malaysians who are from the middle to low income bracket to have something useful to do over the weekend is so. This was what PTGC did.

Anyway, this is already history. While some of the club members are trying to frustrate the deal through some level interventions, the fate of the PTGC was sealed when the membership of the members are terminated effective from today.

Just to capture the memories of the golf course, I went to play for the last time on Saturday. I did not play well but it was a memorable one. For a club which helped me to reduce my golf handicap from 36 to 24 (or about there), it deserves a posting here. 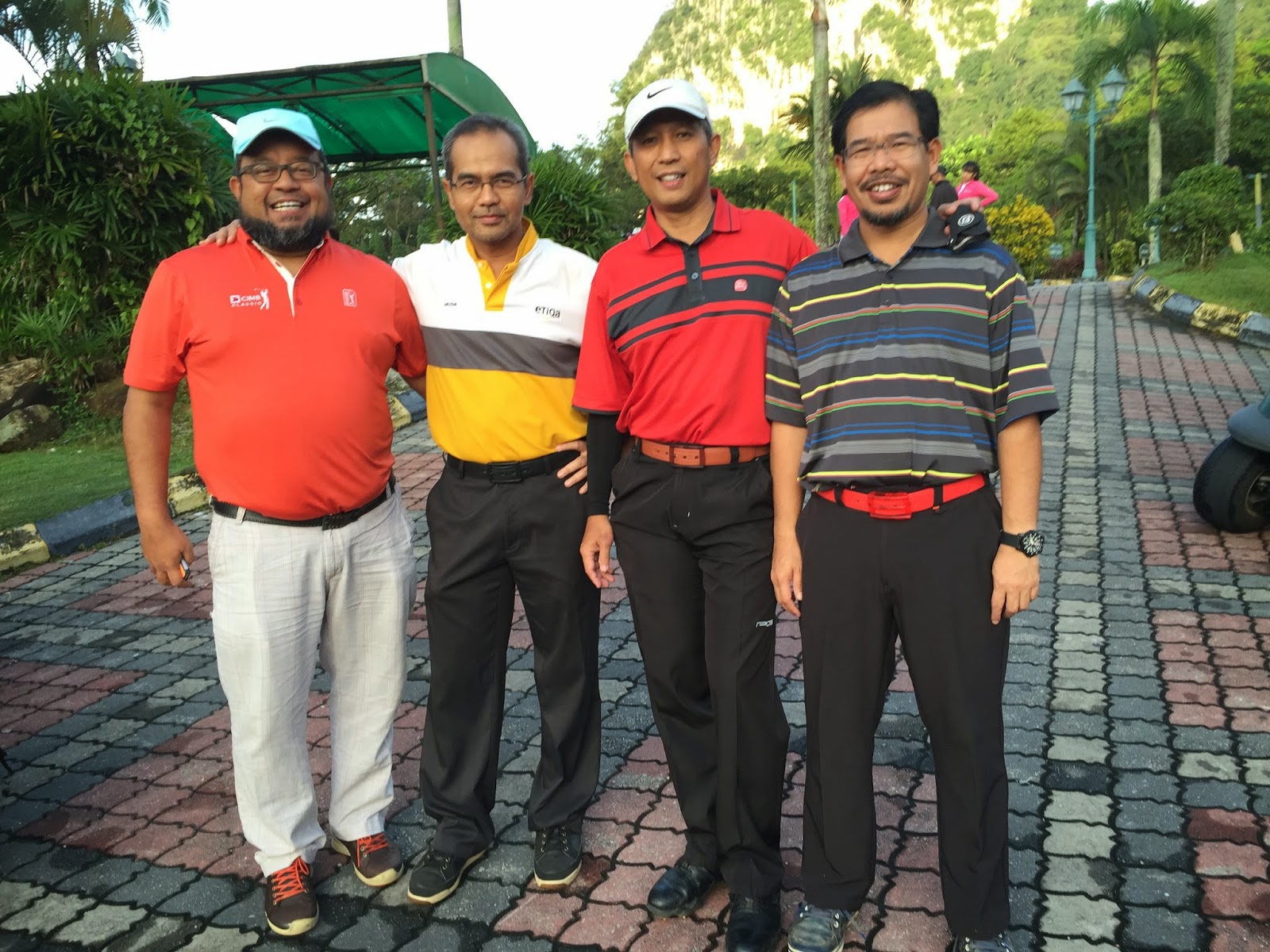 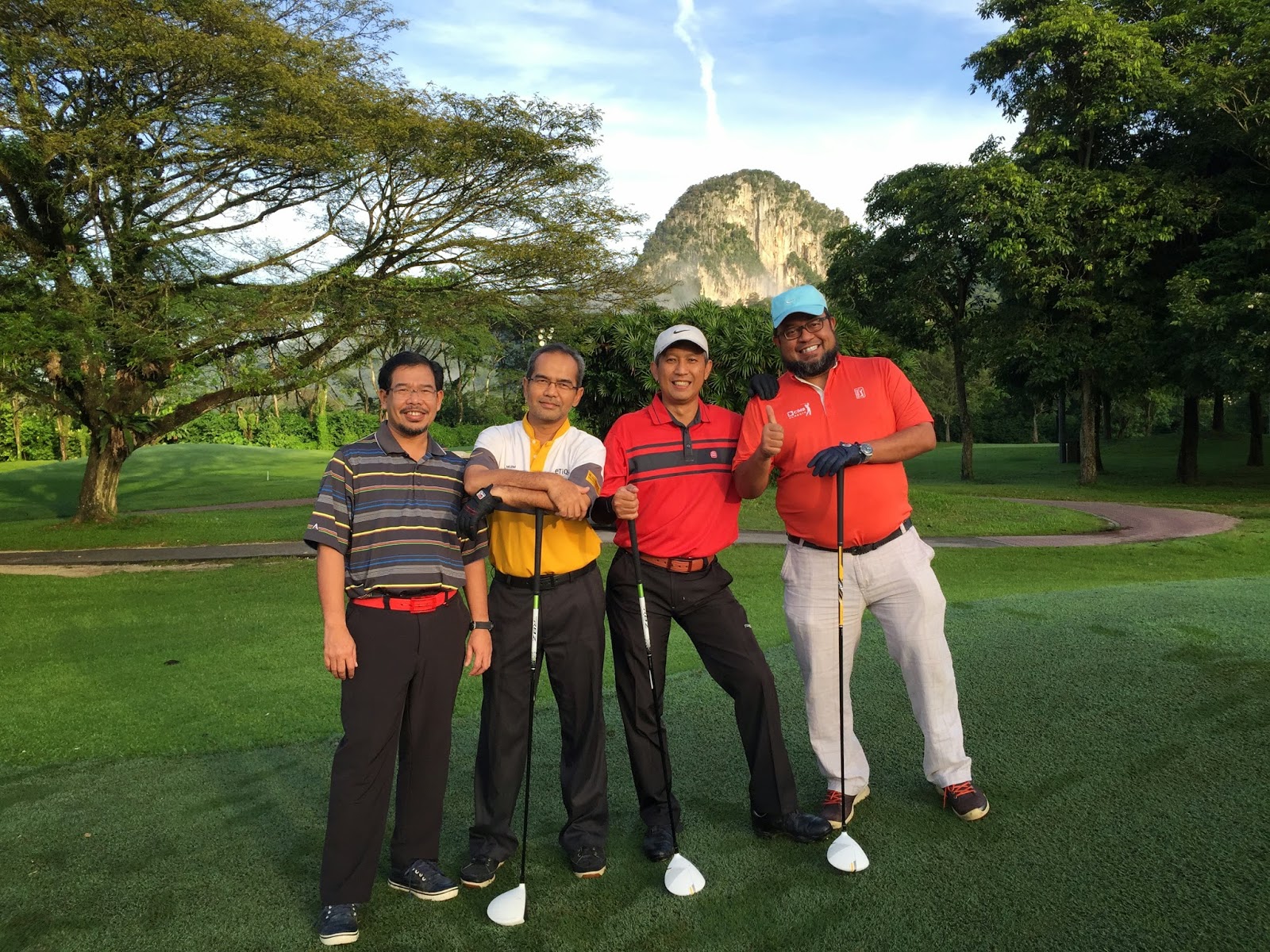 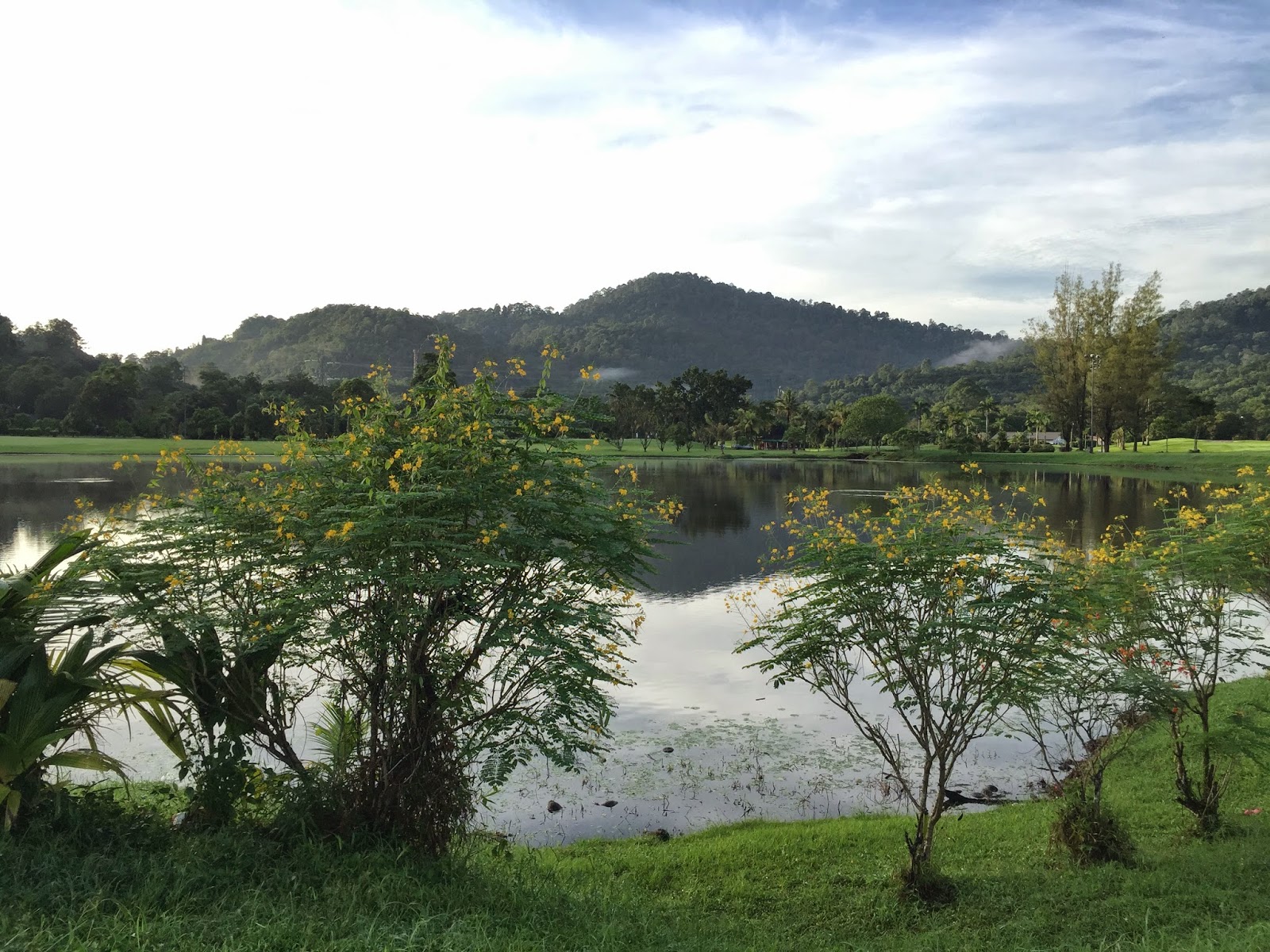 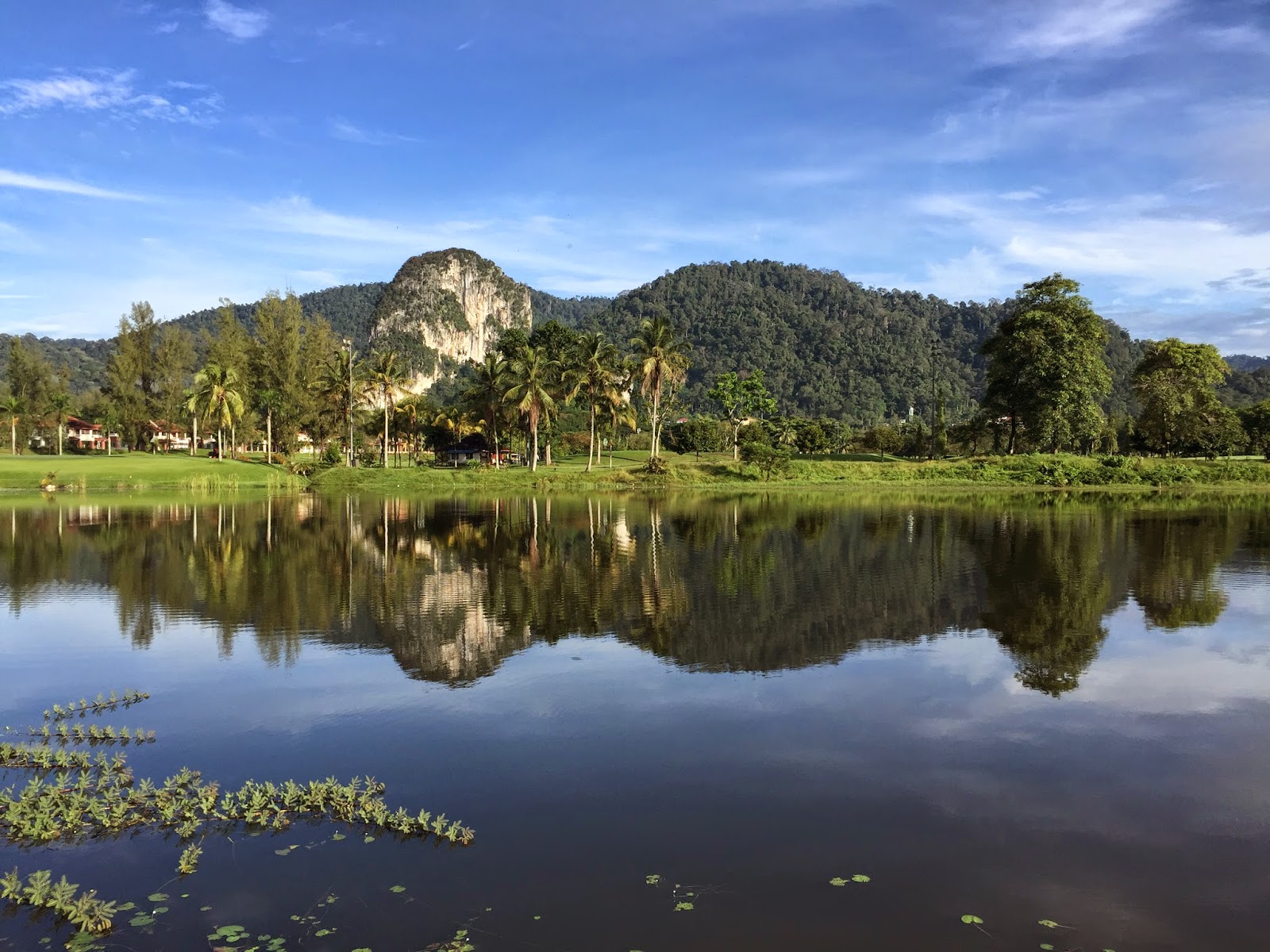 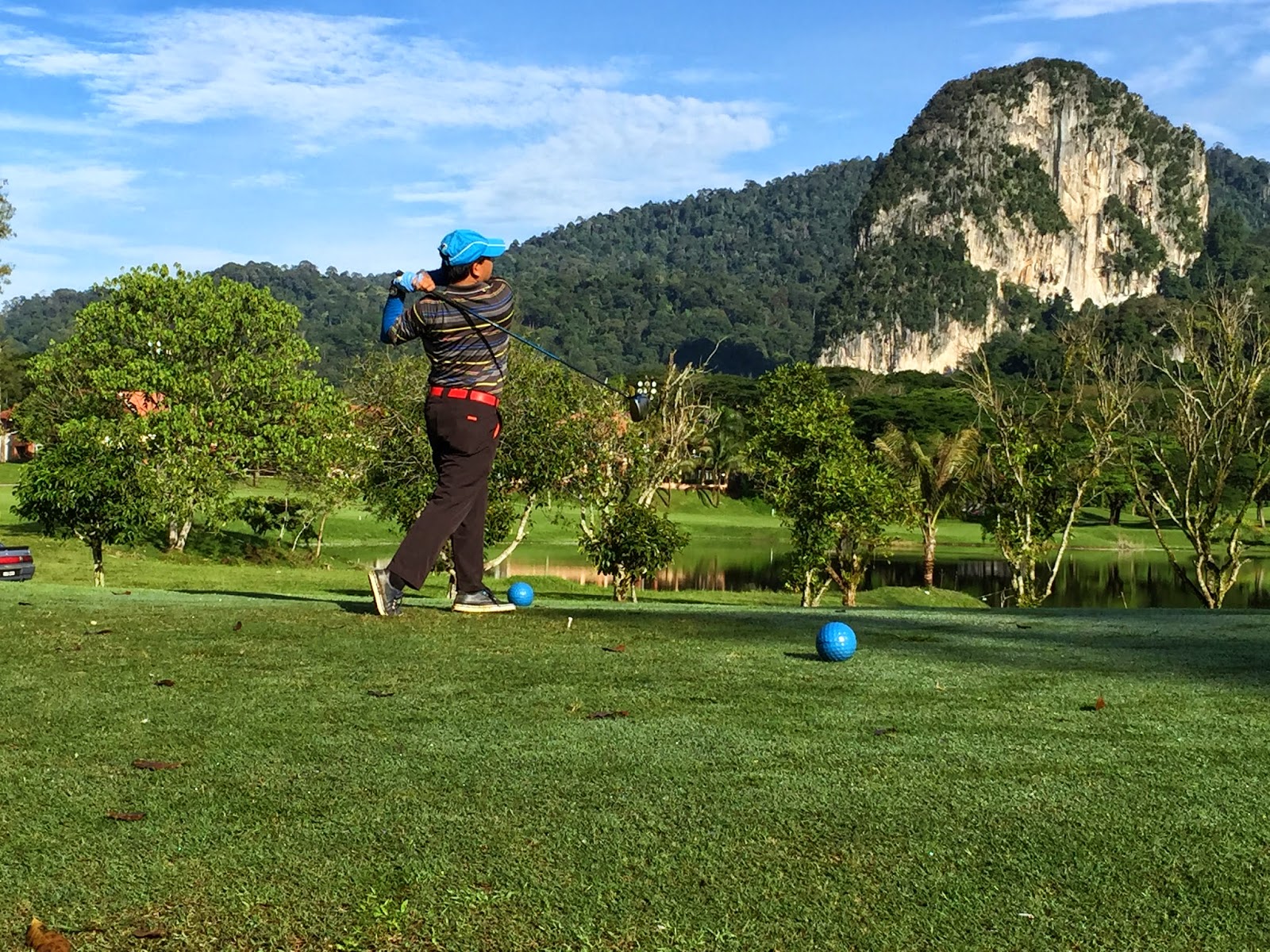 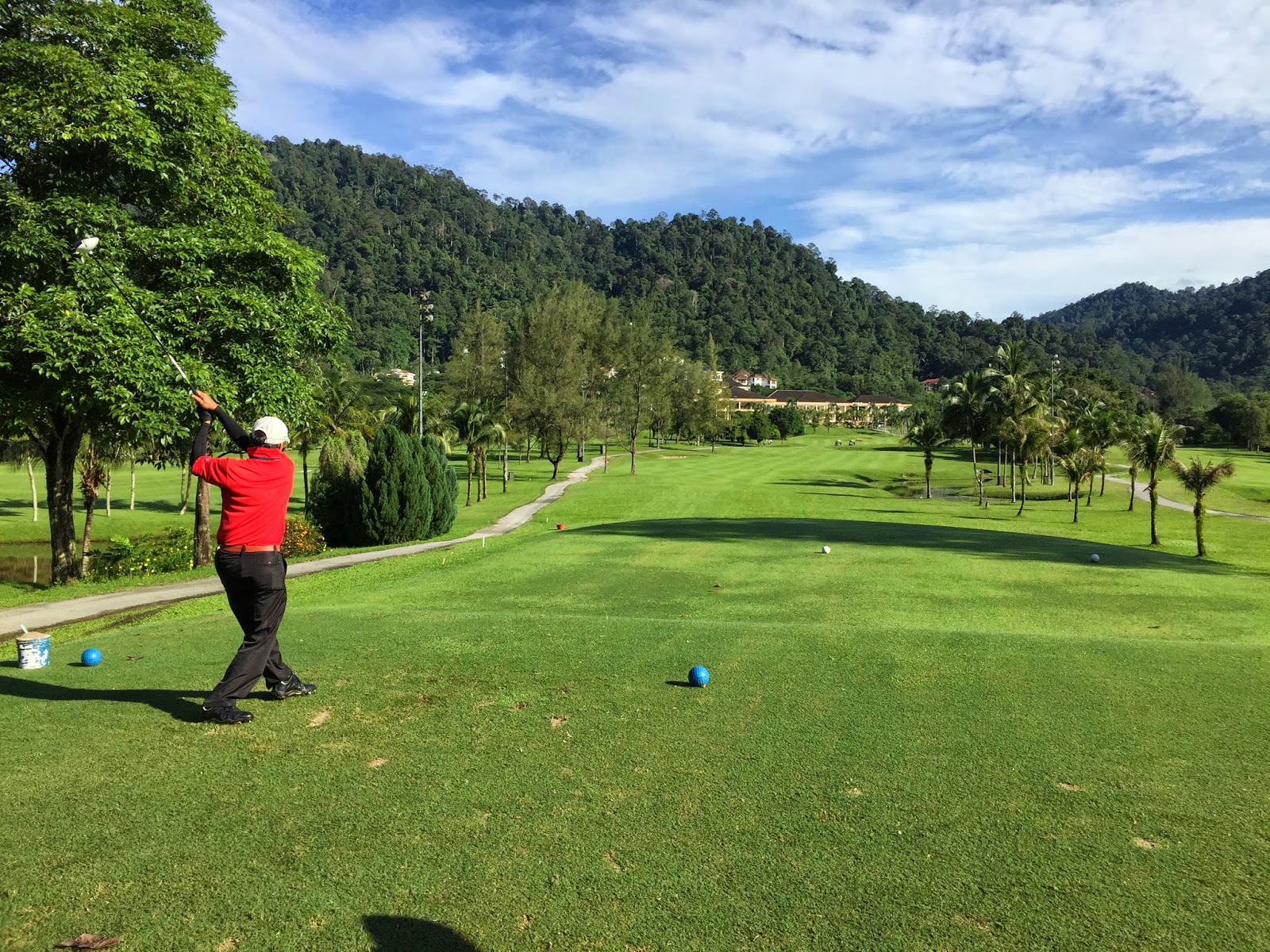 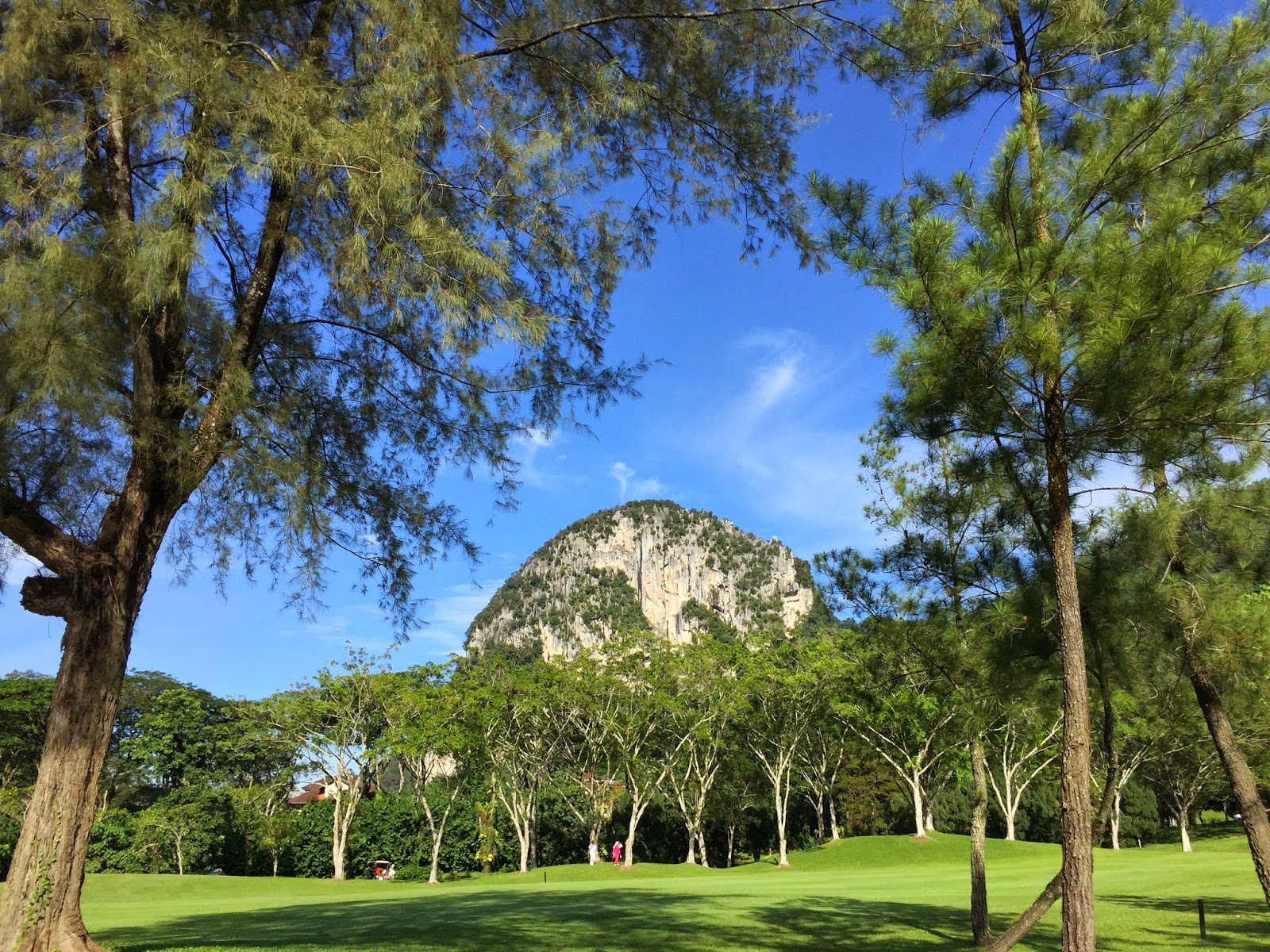 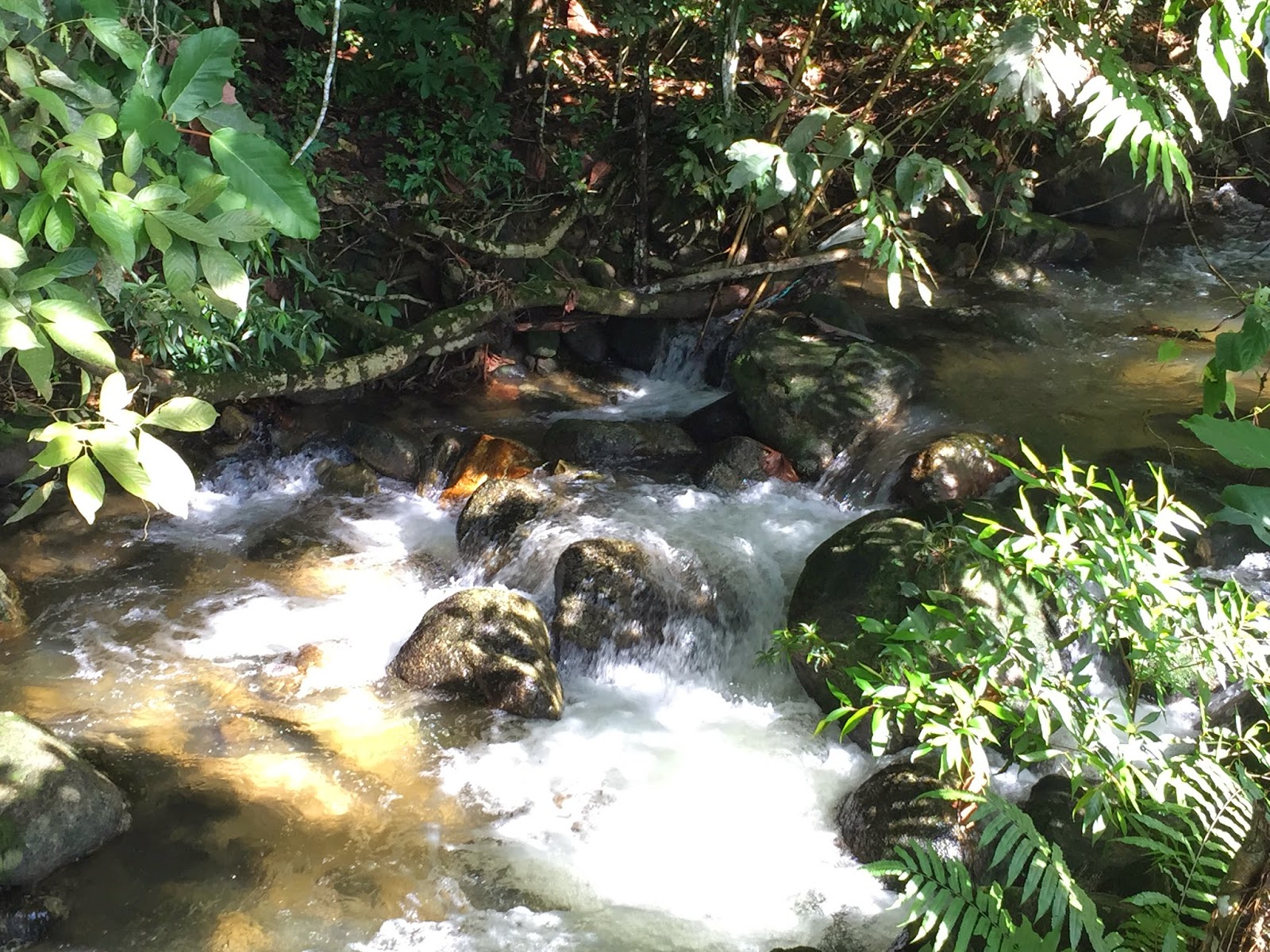 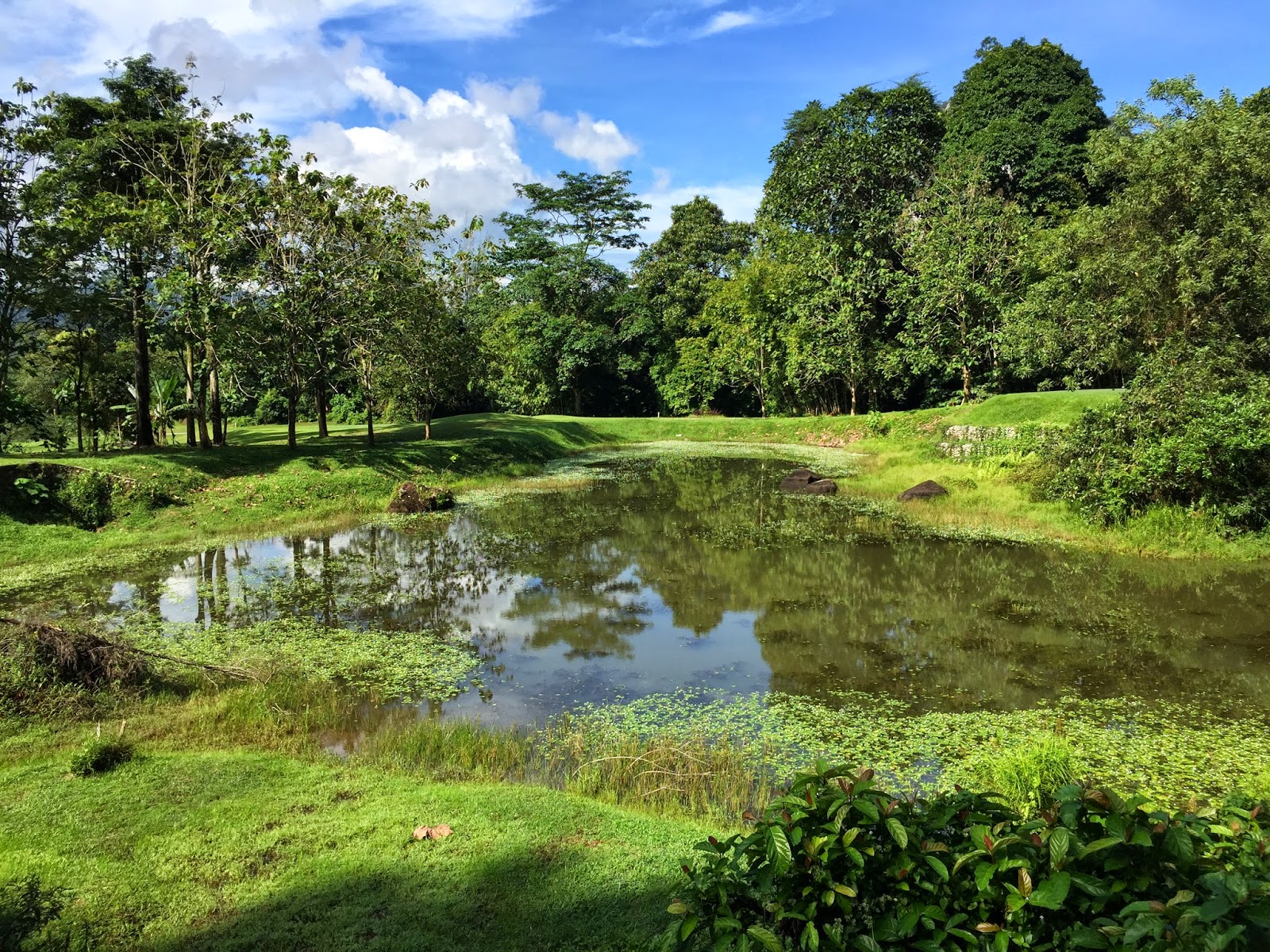 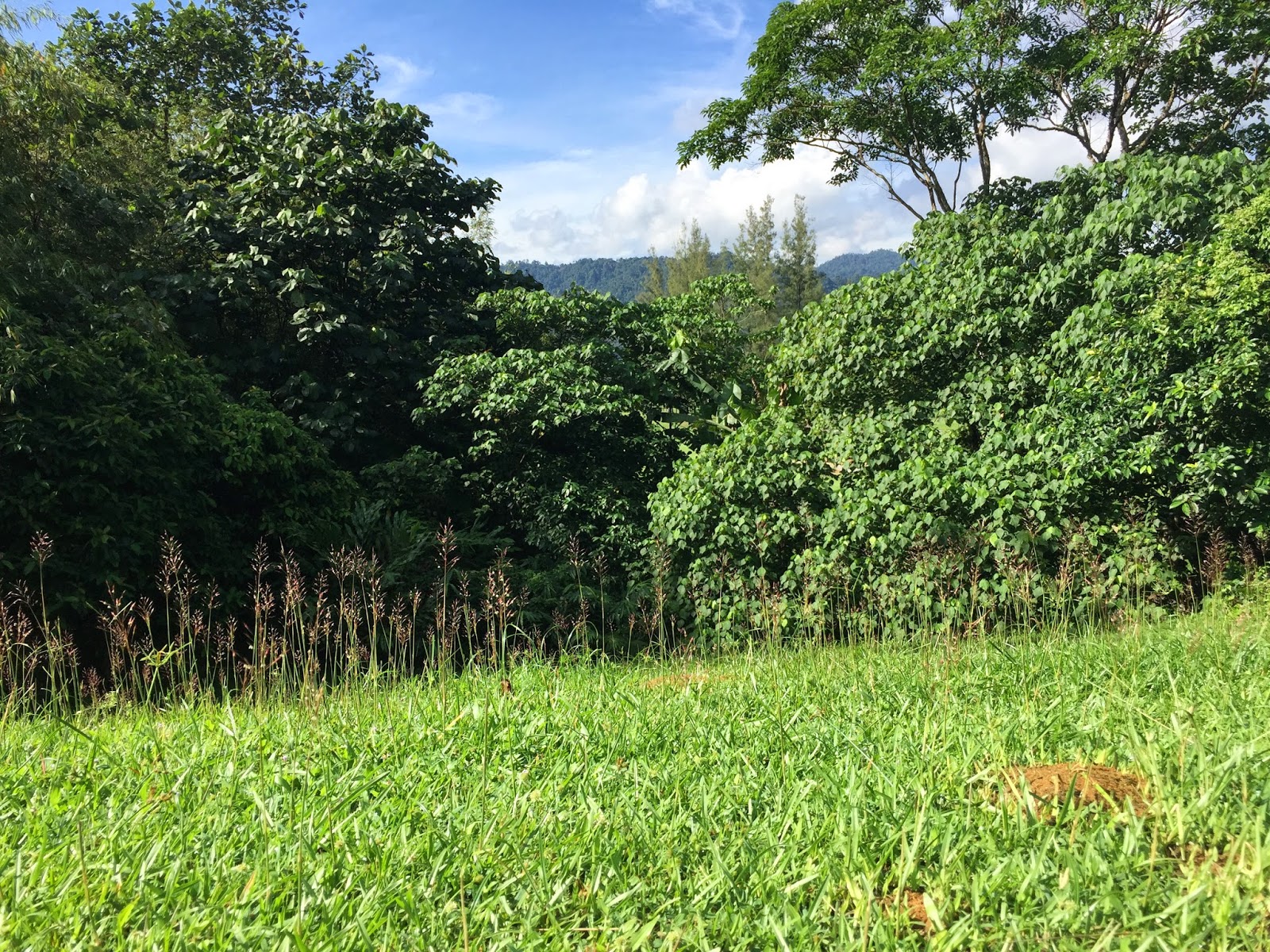