In conjunction with its 50th anniversary, the Malaysian Institute of Accountants (MIA) held its 2nd commemorative lecture last week. It was given by Tan Sri Azman Mokhtar, the Managing Director of Khazanah Nasional Berhad, a social wealth fund set up by the Malaysian government (Khazanah does not like to be referred to as a sovereign wealth fund as it does not manage the reserve of the country).

True to his form, Tan Sri Azman challenged accountants in Malaysia to ride the various waves of change which the country as a whole has to face. Using football as an analogy, accountants have various roles to play, from its traditional roles as custodians, standard bearers and measurers to more strategic roles as cheerleaders and thought leaders. 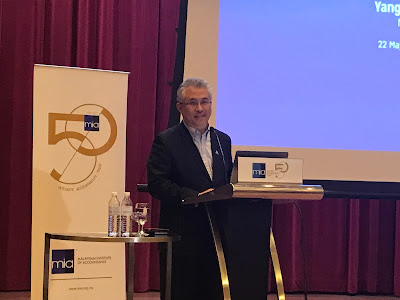 He urged accountants to join his journey in valuing companies based on their true values, beyond the fair value model which is predicated on the potential cash flow streams over the live of those companies. This would require more philosophical and conceptual understanding of value which would not be easy to figure out. In this respect, Khazanah has embarked on Project Chronos with PricewaterhouseCoopers and has started to field test its valuation model. Views from accountants would be sought to validate and improvise the model when it goes into the Beta stage. 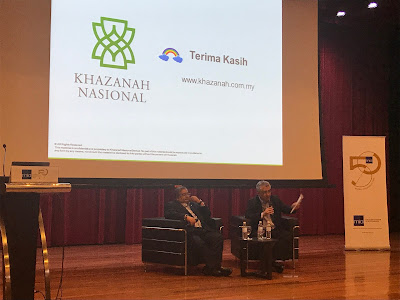 Let's go down to earth and consider the reality of the day. If asked, what is the main issue before MIA today? Without doubt, I would say, "Small company audit!".

Why such a small matter is hindering Malaysian accountants to go beyond the rainbow? I have a number of reasons as listed below:

While the issue of small company audit looks "small", it reflects the constraint imposed on MIA by its own membership. That makes MIA unique. The law forces accountants in Malaysia to join MIA as a member but MIA itself cannot force its regulatory responsibilities on those members. Just look at the practice review structure of MIA. Is it as independent as the Audit Oversight Board? Who do the reviewers reporting to?

The country really need a strong accountancy profession with members who are keeping themselves abreast with new developments and provide their services, as firms or individuals, professionally by adhering to the professional values of the profession. This requires MIA to be clear of its role, structure themselves appropriately to avoid conflicts, set performance standards with the interests of the nation in mind and enforce those standards without fear or favour.

We need MIA members to be able to reach beyond the rainbow. However, for that to happen, they need to free themselves from the baggages of self-interests. They need to place the interest of the nation above all other interests and do whatever it takes to make Malaysia great!

Can Auditors Withdraw Their Audit Opinions?

The Star reported about auditors of a public listed company in Malaysia declaring that it audit opinion on the financial statement of that company is no longer reliable.

As far as I could recall, this is the second time in Malaysia where auditors publicly declared that reliance should not be given to their auditors reports as they were not provided with material information or facts by management when the audits were conducted.

This sort of situation is very dangerous as it would taint public confident on the reliability of auditors reports accompanying financial statements in Malaysia. As a result of such withdrawals, as termed by the news article, I have heard questions from the public as to whether such withdrawals are professionally proper and whether the auditors could just walk away from the issues without being held professionally responsible for their audit opinions. 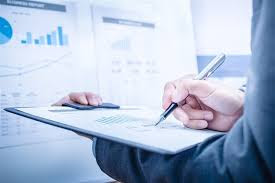 Let us consider what the International Standards on Auditing (ISA) says about this. In my view, paragraphs 14 to 17 of ISA 560, Subsequent Events, are relevant to situations where material facts are made available to the auditors after the audited financial statements had been released. In summary, if the auditors are aware of the facts which, if known to them during the audit, would have caused them to modify their audit reports, the auditors are expected to discuss the matter with management of their clients, determine whether the financial statements require amendments and inquire how their clients would deal with the matters.

Hence, making public to be aware that the auditors report are no longer reliable appears to be in line with the requirements of ISA 560, taking appropriate actions.

However, whether the auditors are absolved professionally would be a question of facts and circumstances. The Audit Oversight Board had been reporting about auditors failing to apply professional scepticism in many instances in the past. Such failure would also affect their professional judgments.

Before auditors could be allowed to walk away with audit opinions which did not consider material facts or information, there would be few questions which the auditors would have to explain to regulators, if such cases came under regulatory scrutiny:
With these kind of questions, which are not exhaustive, it would not be easy for auditors to claim that they have been cheated by clients. What more when such clients are known to the world to have cheated many times before. Under such circumstances, their professional scepticism would be heavily scrutinised, if regulators are keen to know the truth about the audit. They would have to be accountable to the audit opinions which they have issued.

We should also not forget about the companies which caused their auditors to "withdraw" their audit opinions. There could be issues of misconduct and breaches of laws. As for the company reported above, the Securities Commission had secured relevant documents. This may lead towards enforcement actions, if there were evidence of any breach of the Capital Markets Services Act. As for the earlier case, another regulator is involved. There is no information in the public domain as to whether any action is taken against the company involved.
on May 27, 2017 No comments:

Our Accountancy Profession Has A Bright Future

Tan Sri Samad Alias is a 74 year old accountant. What has he got to do with a  symposium for young accountants? Well, when he was asked about the impact of blockchain technology, his answer was very convincing. His role in the conference was to share with the audience what does it take to be a great accountant. He did that very well. His life story was a compelling example of how far trust and integrity would help professionals in building their career.

The Young Accountants Symposium was organised by the Malaysian Institute of Accountants (MIA) for the first time. Most of the participants were below 40 years old and came from many economic sectors. The idea of having this symposium is to provide them with the exposure of what's coming and how they could seek opportunities while managing any risk to their career paths. Dato Yusli Mohamed Yusof, the President of the Malaysian Institute of Corporate Governance gave his keynote address while Dato Zaiton, the MIA Vice-President, welcomed the participants. Both of them also touched on integrity and upholding professional values in their speeches.

I was on the first panel where we discussed digital economy. Well, I was the oldest. However, I shared with the audience my experience which required regulators to leverage on technology and why accountants, me included, had to step up and be comfortable in dealing with changes and complexities. At the same time, my message for young accountants was for them to uphold professional values at all cost, while acquiring knowledge and skills which are required by their work places and industries to ensure they remain relevant.

The questions that were asked by the young accountants showed how mature they were. While some were concerned in dealing with change, especially with the advancement in technology, all questions were relevant and required the panellists to dive into their knowledge banks and experience for answers. They were active participants in discussing present and future challenges of the accountancy profession.

I was seated with Tan Sri Samad during lunch and we were accompanied by many young accountants. We discussed many interesting topics including fundraising in the future, regulatory frameworks, industry disruption and its impact on society as well as corporate social responsibility and sustainability. Tan Sri Samad told me that the issues covered were very different from those discussed over lunch in other MIA events where senior accountants would be raising old issue such as audit exemption, as if there were no other pressing challenges to the profession.

The depth of our discussion and the familiarity of those around the table with what were discussed really convinced both of us about how much potentials are there in those young accountants. We suggested more informal activities to be organised so that more knowledge and experience could be transferred and shared, with one caveat. Please do not invite senior accountants who are not keen to re-invent themselves in the ever changing environment.

I suppose if these young accountants are able to decide for themselves how the profession should evolve with time, they would be able to drive the accountancy profession to greater heights, beyond the imagination of their senior counterparts who are happy burying their heads in their imaginary sand. This is where any regulatory reform around MIA should consider having more young accountants to be in the driving seat, with minimum oversight from the seniors. Possible? Nothing is impossible, as what they were told in the symposium.

Board Effectiveness Assessment, Why Have It?

Board effectiveness assessments have been practised for a while in Malaysia. There are any ways of approaching this difficult subject but somehow corporate Malaysia has been able to apply some versions of assessment to meet stakeholders' expectations. 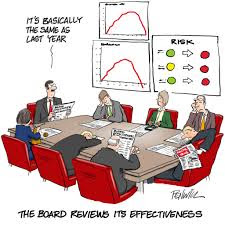 The new Code on Corporate Governance (the Code) has brought this topic to a notch higher by requiring Large Companies, those which are listed in the top 100 companies on Bursa Malaysia or those with market capitalisation exceeding RM 2 billion, to engage independent experts periodically to facilitate objective and candid board evaluations. The Code explains that independence in this context means no connection with the company, directors and major shareholders.

The Code states that the annual assessment on individual directors should the evaluation of their:

It would certain be beneficial for the individual director and the board as a whole in understanding how the above expectations were discharged. However, the assessment would not be easy for a number of reasons.

However, the subjectivity and difficulty in performing the assessment should not be a factor discouraging boards to take this issue seriously. Not only such assessment fulfils the expectation of the Code but it should also allow actions to mitigate whatever gaps discovered in the process to be pursued. Like any other regulatory intervention, this exercise would lead to a long term or even a continuous journey to keep on improving performance in the boardrooms.

Like examination, board effectiveness assessments is not about looking at things at the point of assessment but should encompass a proper plan for the performance to be demonstrated at every meetings of the board or its committees, before any assessment could be made. Hence, it would helpful for boards to plan ahead in terms of improvement steps and be mindful about seeing expected outcomes to be achieved as they progress through the year.

These assessments are not for show but for the own good of individual board members in discharging their fiduciary duty. If the substance are there and positive outcomes could be demonstrated, reporting the value of the process would be just a natural step.

Let's observe how board effectiveness assessments evolve, moving forward.
on May 13, 2017 No comments: