I am having a short break with few friends in Hua Hin, around 3 hours drive to the south from Bangkok.

Our main mission is to play golf at a number of internationally acclaimed golf courses here. One of them is Black Mountain, one of the best golf courses in the region. 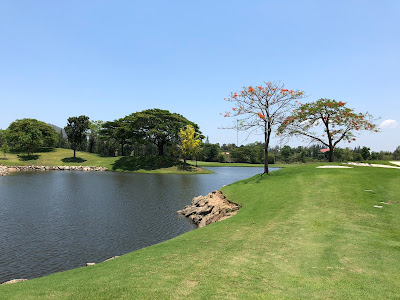 Somehow, we are here in the middle of Songkran, the Thai New Year. This is celebrated by spraying and pouring water to others, with the intention to have a good time. No offence intended.


One should be prepared to be wet and should not be offended when got sprayed or poured with water. 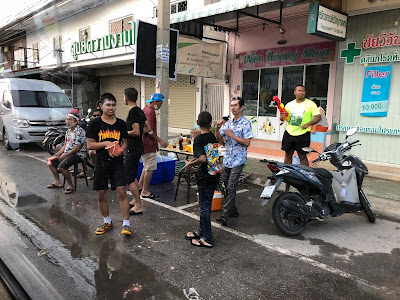 In Hua Hin, which is also a tourist centre, many tourists participated in the celebration by wearing flowery clothes and spraying and pouring water to others, just like the Thais. While we thought it would be great to join, the thought of wearing wet clothes deterred us from joining the fun. 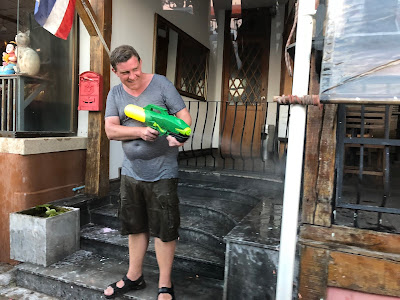 Hua Hin is also located by the sea and the shore is another attraction for people here. While the sand is not as white as with other beaches, many people fo there to relex and have food sold along the beaches. Plenty of seafood for them to choose from.

For Muslims, there are a number of places where halal food is sold including at a stall near the railway station. The operator is from Tak Bai, which is located at the border with Kelantan. 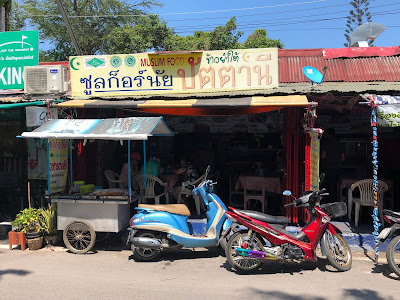 It is a great location to watch sun raise and when I was there this morning, there were already many people with their cameras to capture the beautiful scenery. 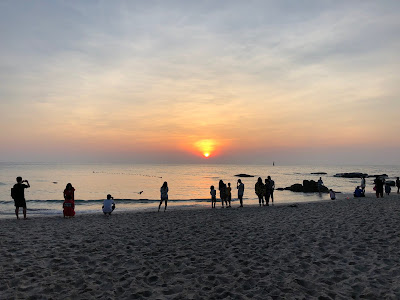 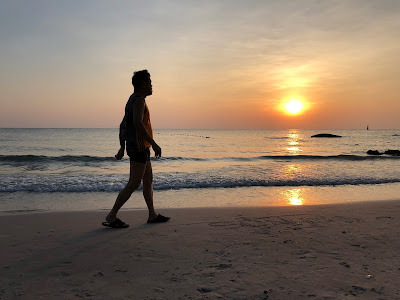 With another day to go, Hua Hin is certainly a great place to visit, especially for golfers and food hunters.
on April 14, 2018 No comments:

Walking In The Middle of Jalan Sudirman

I did it again. I was able to walk in the middle of Jalan Sudirman, one of the busiest roads in Jakarta together with thousands of others. No, we were not demonstrating but today was their “car free day” when the busy road was closed so that people could do their things along the busy street. What was started as a commitment to ensure the air in the city to remain liveable, the car free day has allowed citizens to be involved in healthy lifestyle activities and business. While the Jakartarians walk, jog, ride and do all other stuff, some others can take the opportunity to open small stalls along the road to sell stuffs as well.

This morning, a huge crowd turned up and the whole of Jalan Sudirman was turned into a huge lifestyle centre. I could observe government departments, commercial entities and charitable organisations having all sort of activities with their people and the public such as aerobics, walkabout, product demonstrations and singing. Everyone seemed to have enjoyed themselves. 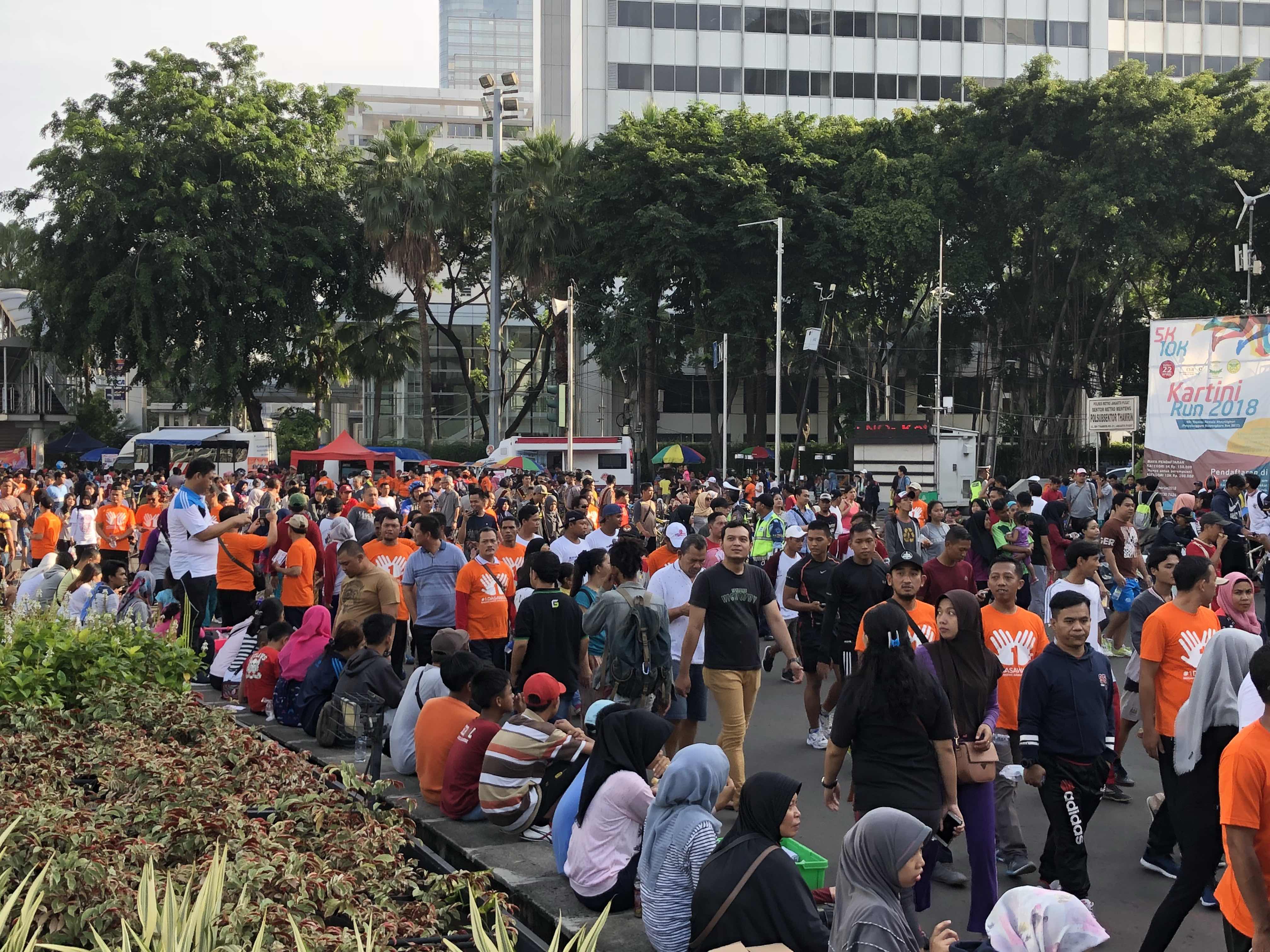 The takeway is very simple, citizens need spaces to enjoy. After all, cities are built for them to live, not just for commercial organisatiions to build buildings everywhere, making huge profits but denying citizens their rights to a good living. 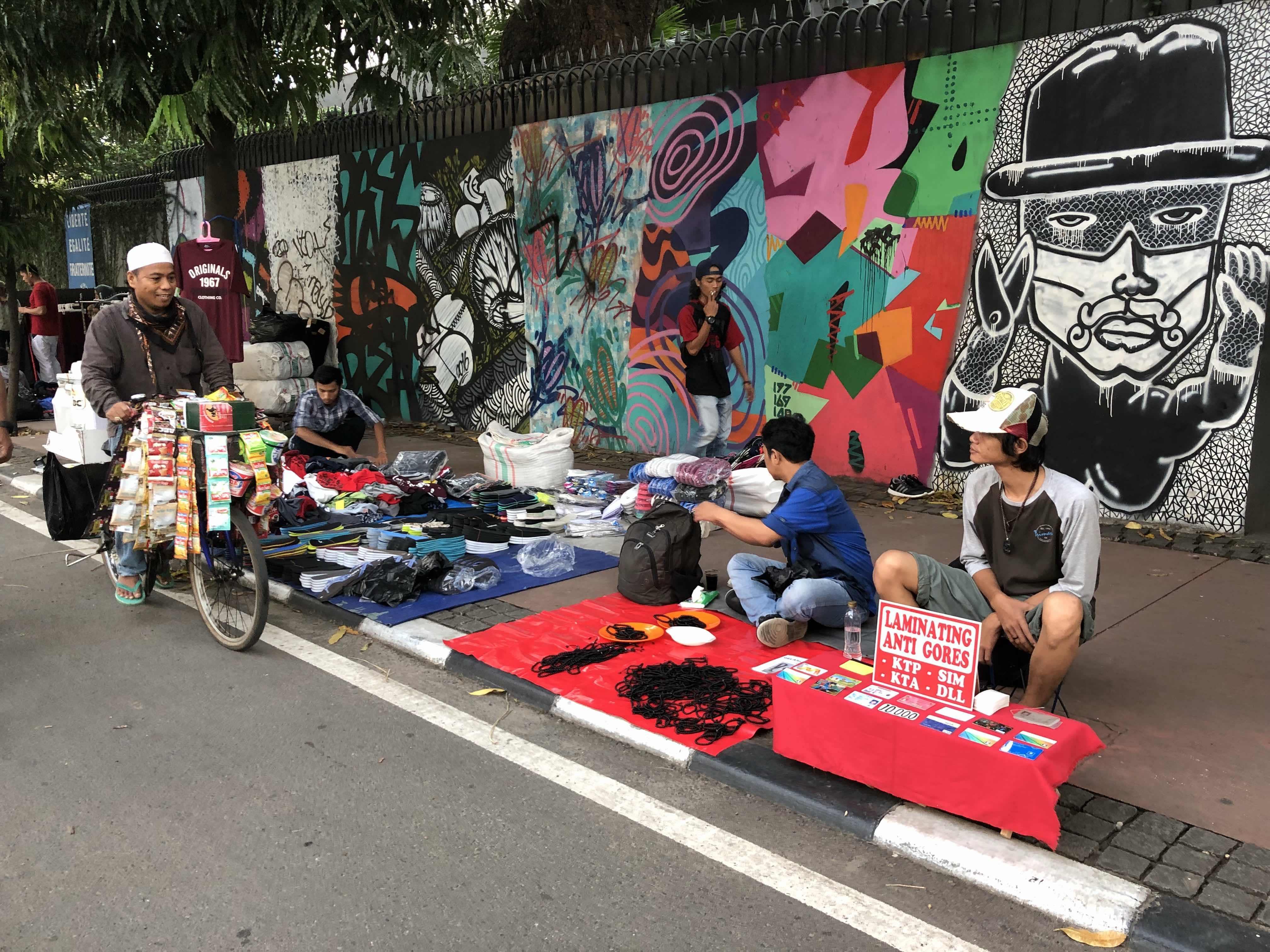 There is somewhat a similar concept in Kuala Lumpur but it is done once a month only and to cater mainly for cyclists. There is also no funfair like activities such as the one in Jakarta.

Those in public offices must understand why they their chairs were created in the first place, to serve the public. Once this is forgoten, their conducts and behaviours may not be consistent with their real bosses, the people.

Jakartarians seem to be a bit more lucky, if the car free day is used as a barometer to gauge public policies.
on April 08, 2018 No comments: