I was hopeful for a better start for Liverpool in their Barclay Premier League season opening match at Anfield. While Luis Suarez was spectacular during the opening stage despite missing a penalty, Liverpool was finally held to a 1-1 draw by Sunderland. Interestingly, 2 teams that won yesterday were Bolton and Wolves, not the so called Big-4 of soccer in the league. 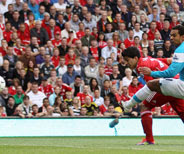 While the support for the Malaysian Harimau Malaya has been very impressive lately, our soccer fans look outside for their weekly dose of excitement. The English premier league is one of the many places where their needs are fulfilled. Another attraction could be the La Liga in Spain where global stars like Messi and Ronaldo are displaying their arts. This is what globalisation is all about, you create value, you will be appreciated. Reliance on sentiments and nostalgia could only carry one so far. Beyond that, only performance counts.

Another observation that I have with our soccer is that in Malaysia the coaches are more popular than the managers. There are a lot of philosophical differences between the two roles. Coaches are more on the technical and mechanical parts of the team whereas a manager look beyond what happens on the pitch. A manager looks at the acquisition and disposal of players and even his tactical team members. A coach only takes what is given and try to get the best within the imposed constraints. It is because we need to split the two positions so that one additional glamourous position is created, notwithstanding how this would affect the build up of the team as a whole. Maybe this is the Malaysia Boleh way of soccer management. 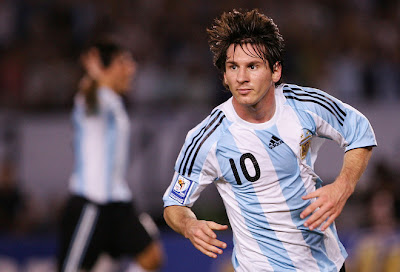 Another observation is that the format of our league keeps on changing where sometimes teams are not even sure which part of the league they would be playing. It this an indication we have a very innovative soccer leadership who has to review the format every year?

While there is some success with some teams in Malaysia, they don't appear to be sustainable except for one or two teams. The involvement of politicians is also more significant. Not sure whether all politicians in Malaysia are born with sports leadership skills?

I am sure many of Malaysians will be more local to their european teams then the local ones, as displayed when Liverpool, Manchester United and Arsenal were here recently. Can't blame them as they want the best. In a globalised world, mediocrity will not lead to anywhere, even when protected by legislation.