Wastage during the month of moderation?

In the Muslim world Ramadhan is celebrated as a month of moderation. Muslim refrain from eating and doing other things which will nullify their fast from dawn to dusk. This is also a month for generosity where donation to the less fortunate persons are encouraged.

While Ramadhan in this modern days does not change in its essence, how Muslims manifest their eagerness to seeing through Ramadhan has caused some concerns that the spirit could have been tainted. A news report from BBC on food wastage is an example of such concern. 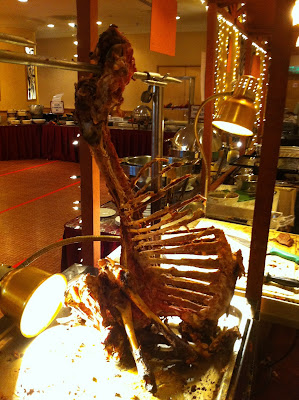 Most hotels and restaurants see Ramadhan as an opportunity and offer various "Buka Puasa" or breaking the fast packages which could reach more than RM 100. While it is fair for people to spend their hard earn money wisely, sometimes the leftovers could be something that we need to worry about. On the other hand, there are people who may not have descent meal. I suppose we need to reflect which is the ways that reflect the essence of Ramadhan.

The feast of Ramadhan or Aidil Fitri is when Muslims celebrate the success of suppressing their temptations during Ramadhan. Although Aidil Fitri is started with prayers in the morning, what happens after that reflect more of cultural practices rather than religious prescriptions. To a certain extend, the commercial elements of Aidil Fitri distract Muslims from the essence of Ramadhan even when the month is not even completed. 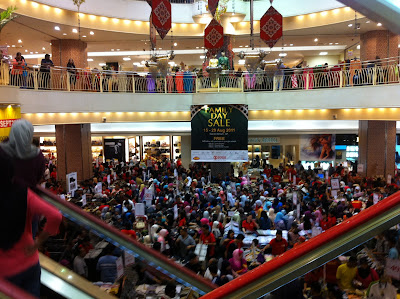 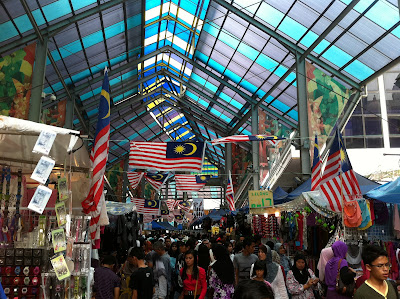 In Malaysia, Aidil Fitri songs (more of a cultural practice) would be played at the shopping centres more as a signal for people to spend their money to celebrate Aidil Fitri. Towards the last 10 days of Ramadhan, people would be patronising shopping complexes which offer all sort of sales. I suppose this is one of the reasons why a half-month bonus was declared by the government for Malaysian civil servants recently. 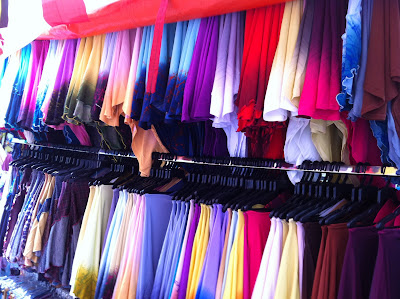 Given that Ramadhan is a period where Muslims are supposed to suppress their temptations and practice moderation, our actions, at times, may not jive and in line with the meaning and teachings of Ramadhan. It is not too late. We have more than a week to go.

Good observation and well written. May I share a comment or two on a couple of your observations.

On how many are indulging in the 'food galore' both at the Pasar Ramadhan and hotels for Iftars, they could do better by feeding the less abled at the Orphanages and Old Folks' Homes.

On those who are accounting for their recently approved bonuses during the last 10 days of Ramadhan, they could be better spending their times at the mosques and suraus tailing advantage of the Qiamulail sessions and hopefully meeting LailatulQadr.

I did upload a photo on my FB Wall captioned "Bermulalah Malam Malam Terakhir Ramadhan 1432" in the hope that my Muslim friends on FB may be encouraged to do so, wallahualam!