The Secrect of Westminister

Travelling provides one with and opportunity to observe and reflect, if one is not busy shopping. While the opportunity comes in many ways, it could also be missed if the person is not alert about events or situations around him or her. Some of us may not want to even ponder at all, way should be stress our mind, they say. 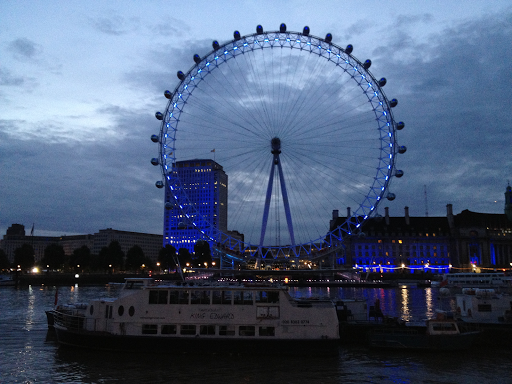 Having and opportunity to wonder around the Westminister area in London provides me with the opportunity to be closer to the British culture. Why? Many British landmarks and institutions are around. One can easily visit Big Ben, Trafalgar Square, the Parliament, 10 Downing Street and Buckingham Palace if you are in Westminister.

I found it interesting that Trafalgar Studio, one of the many theater around London, is running the award winning YES, PRIME MINISTER show. This comedy which was written by Anthony Jay and Jonathan Lynn thrusts the much-loved characters Sir Humphrey Appleby and Jim Hacker into the chaos of the 21st century coalition politics. With the threats of financial meltdown just hours away, and the only hope of rescue resting on a morally dubious deal with the Foreign Minister of Kumranistan, the play involves riotous comedy of sex, scandals and scheming. 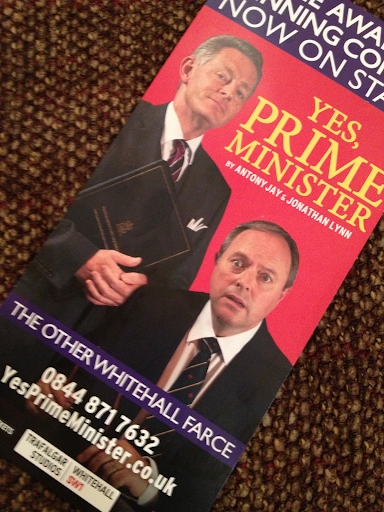 Perhaps this is the secret that is guarded dearly by many politicians around this planet. While they are fine if their citizens are here visiting British institutions, they may not want them to discover Trafalgar Studio!

You can know more about the play by visiting Yes, PRIME MINISTER
on October 03, 2012

one of my favorite shows :)