The Red Warriors Secured the Treble

I have been watching Kelantan soccer matches since I was small. Those days there were no live telecast and the only way for you to watch a live match is to be present at the stadium, Stadium Sultan Mohamad IV. A far as I could recall, the support given by the fans had been overwhelming even in those days. 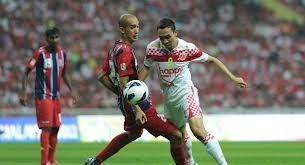 Further, true to their colour, Kelantanese are essentially passionate folks. Their display of passion could also be intriguing, crazy to others who love to hate the people from this part of the world. I remember a Malaysian Cup semi final match against Perak when the fans were unhappy with the decisions of the referee. When Perak scored a goal, the pitch was invaded. The Federal Reserve Unit had to fire teargas and that was the first time I experienced how does it feel when your eyes get into contact with such gasses. Luckily those days they did not have the idea of using stinking water to disperse riots. A re-match was held at the same stadium and Kelantan won 4-1. 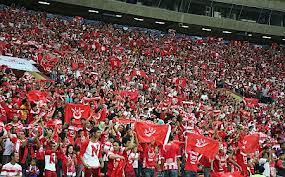 The ups and downs of the Kelantanese soccer is not that different from other teams. It is also common in Malaysia to get politicians to be involved in the leadership of soccer. It works both ways. Politicians are supposed to bring in the money and soccer is supposed to give them visibility and popularity. Given the state of politics in Kelantan, this makes it more explosive at times. By the way, in as much people may credit the Kelantan state government for the present state of Kelantan's soccer, the team is actually managed and inspired by Tan Sri Annuar Musa, who is from the other side. It would be interesting how this will be played up leading to the next general election. 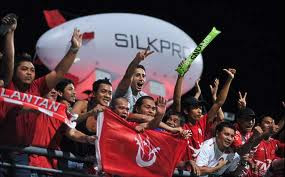 By beating the Armed Forces last night, Kelantan or The Red Warriors has secured the treble, after winning the Super League and the FA Cup. Certainly a great achievement, this is also something that is interesting as Annuar Musa is also an outcast of the Football Association of Malaysia (FAM). Given the not so great state of Malaysian soccer, such a paradox should trigger a different thinking on how this sport should be managed to ensure the fans who had been supporting the game would get a reasonable return on their continued support all this while.

Watching Kelantan winning the Malaysia Cup last night certain provided me with a sense of satisfaction. Given the potential and commitment of the players, being the super King of Malaysian soccer is certainly a position which the fans would be proud of. Hopefully, this is not the summit but just a small plateau towards higher peaks.

Congratulations to The Red Warriors and everybody that had been involved in bringing this team to where it is today!
on October 21, 2012