What is the odd of losing your wallet and finding it again for 2 consecutive days? It happened to me over the weekend!

I had lunch with a friend who migrated to Sydney and now taking a job in the UK on Saturday. We were joined by another colleague who eventually paid for the rendezvous. It was at Sari Ratu in Kelana Jaya.

The last time we met up was around 3 years ago and it was great to know that he and his family are doing fine down under. As usual I heard the same story of having better pay, better lifestyle and quality of life; and need not be worried about expressing oneself as popular reasons why he and many others Malaysians choose to live abroad. At least they are rewarded on meritocracy, claims my friend, although admitting that discrimination is still felt even in developed countries. 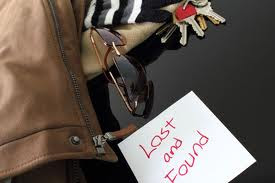 I only realised that my wallet was no longer in my pocket when I reached home. I quickly googled for the phone number of the restaurant and was told that the wallet is in their safe keeping. I quickly rushed back to the restaurant. It was really a great relief when the casher opened a locked drawer and took out my wallet, sealed in a plastic bag. As there was no contact number anywhere in the wallet, they were not able to contact me earlier.

The way the wallet was kept while waiting for me to turn up impressed me, indicating the culture of integrity and customer service of the workers at the restaurant. A part from reminding me of not to be careless in the future, this episode serves as a reminder that they are people who are honest and proud of their honesty.

While some may feel that lighting doesn't strike twice, I did drop my wallet again while having breakfast at Nasi Lemak Tanglin, the next day. This time, one of the workers picked up my wallet and handed it over to me while I was having breakfast. Again, another demonstration of people who are honest is their work and did not take opportunity from other people's carelessness, me in this case!

If the culture of integrity and honesty could be developed and sustained across all strata of our society, I am sure this country will fly towards future success. One of the lessons learned from the recent global financial crisis was that people tend to forget the basic of being human in the race of creating wealth for themselves, even leaders of large global organisations.

The experience over the weekend certainly humbled me as a person. Not only I need to enhance my risk management (read to be more careful with my wallet), I also observed ordinary people assuring me that there are honest people out there and we as a society should be proud of them.
on February 27, 2011

Ha ha ha....if you had volunteered to pay for the lunch on Saturday you would have realized that your wallet was no longer in your pocket. I would have still paid for lunch as it was I who invited you both.
Your 'pisang berbuah dua kali' episode is however a real good one, one that gives us a renewed confidence that we can reach that level of maturity if only the humble episode of people in a restaurant and an eatery which is less than a restaurant is matched by people in the corporate world - exhibiting that level of honesty and integrity.
Here's hoping that your enhanced level of risk management will assure that you will not drop your wallet again.
Maybe if you stop wearing too loose a pants...you will always keep your wallet!