As the MARA Junior Science College (MRSM) system approaches its 40th year, we have many people, including former students providing views on the system's successes or otherwise. Given the age and time we are now, views are expressed in many ways and forms, especially in communities where agreeing to disagree is no major issue. Unfortunately, there are also communities which are sensitive at every single thing being discussed or written, perhaps afraid of discovering their own weaknesses and shortcomings rather than finding the truth.


In my eyes, the MRSM system is part of the social engineering process in transforming certain segment of our community, particularly Bumiputera. This was very clear during my days at MRSM Kota Bharu where boys and girls from many parts of Malaysia are grouped together and exposed to education in many interesting ways, from my point of view at least. Walking into the dormitory of the campus in Pengkalan Chepa in January 1978 was really an overwhelming experience. There I was, at the tender age of 13, meeting other boys mainly from Kuala Lumpur and Johor. From that day thereon, we grew up together, laughed and cried and experienced the MRSM system based on our own interpretation. We remain very close until today.

My all male batch was the last batch who experienced the privilege of not having to wear specific uniform when going to classes. We were suppose to wear clothes that made us look smart. Boys being boys, we always tested the boundary of the rules, causing irritation to the teachers. Even when the blue, beige and green uniform was introduced during the second year, we were creative in mixing the colors, just to satisfy our young urge to be crazy and naughty. I still remember during our final year when we refused to wear uniform on the anniversary of our registration. Most of us gathered at the school field wearing what we used to wear before the uniform was introduced, a mini-demo of sort. 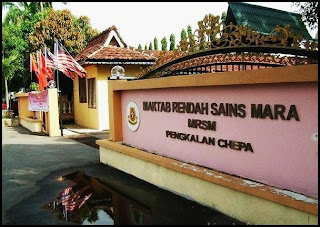 There were not many non-Bumiputera students those days. However, we cherish our friendships and I could not recall at point that differences in races was an issue. In fact, the experience taught us of being responsible in dealing with others who come from different race, religion and places. It was more helpful because one of them eventually became the best student in Islamic study in one of the years. He even chose to learn reading the Quran even when other Muslim students slowly escaped from the class through the window at the back. He was one of the best students but he was never selfish to teach some of us when we asked for his help. Unfortunately, he was not offered scholarship to pursue medicine when we left MRSM although he was the best student. We all felt badly about this. Yes, we learnt about the reality of the system. However, the fact that we recognised the shortcomings and suffered together with him reflected that the MRSM system indirectly nurtured us to be able to make sense of the reality of life, something important when we later venture into the real world. 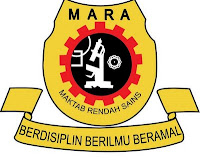 It was interesting when diversity of views were allowed and cherished those days. Whenever there were musical performance (this was when Grease and Saturday Night Fever were the in-thing) at the hall, there would be competing events at the surau. These were purely organised by students and students alone. Beyond that, we remains friends. Unfortunately, when I visited MRSM Kota Bharu in a number of occasions, the musical instruments were locked permanently, perhaps in line of the present main stream thinking. Those days, any views were developed through persuasion, not through execution of power.

Justice would not be served if the contributions of the teachers are not mentioned here. I believe the key driver of the success of MRSM is the dedication of the teachers who did not treat us as students but more like their own flesh and blood. While they taught us academic stuff in classes, they acted more like facilitators rather than teachers outside the classroom. They allowed us to explore the world using our own ways but were willing to help us to stand on our feet should we fall. Not all of them are Malays. However, I would safely say that all of them, irrespective of their races, did their level best in seeing our groomed to be future leaders of this country. From the deep of my heart I would like to offer million of thanks to them who selflessly gave everything to their "children". Some had passed on and pray that they are placed in the appropriate place in heaven. 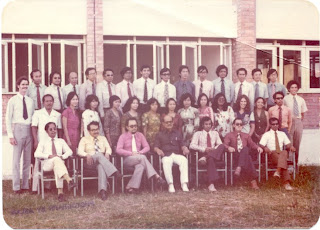 Close to 40 years later, we, the MRSM alumni are everywhere. Some of us are in positions to make significant difference to the country, some are contributing to nation building in their own ways. Definitely most of us have their own world views, not ended up like robots, manufactured by "the system". Any assumption that we blindly accepted what was preached to us when we were small grossly underestimated our intelligence. I am sure some may recall the battle between a MRSM minister and a former MRSM student for the Jeli parliament constituency. Guess who won? I recall an event when some of us were gathered before one general election and were persuaded to vote in a particular direction. A friend of mine from MRSM Kulim stood up and told a minister that even our teachers at MRSM never told which direction to think! We stand by our on views and opinion.


MRSM is not a perfect system, as with other man-made system. However, it provided young Malaysians, mostly from the lower strata of the society to have the opportunity to be leaders of the future. No doubt the system evolved, in line with the evolution of the society. I feel the emphasis on academic and conformity to a particular view is more apparent now then the time when I was a student. When I asked a principal of one of the MRSMs a number of year ago regarding this issue, she explained that this is the demand of the market, the parents. So, we are partly the problem! It would be rare for a system that is developmental in nature to be totally isolated from the influence of the surroundings. MRSM is part of our ecosystem (this is what I learned in my biology class more than 30 years ago) and it will respond to the changes in the ecosystem.


To me, the script is still being played and how this educational system would be eventually judged would surely be based on time and context of the assessment. I would like to believe that the MRSM system overall contributed significantly to nation building, based on its intended objectives. How this system is shaped in the future will be determined by us collectively. We cannot stand passive and argue from the sideline if we feel the system need to be corrected. Some may have more opportunities than other to do this. As the Malay saying says "tepuk dada, tanya selera" or my English version "what is your risk appetite?".
on January 15, 2011

Nice site, nice and easy on the eyes and great content too.