This is the news that would make a lot of people happy. Until now, Apple had insisted that sold music downloads through its iTunes platform for a fixed 99 cents with Digital Rights Management (DRM) which prevents the music to be transferred to other platforms other than iPod.

The company now is planning to sell music without the DRM and at variable prices of 69 cents, 99 cents and $1.29. iPhones users could also purchase music from iTunes on the move over 3G networks.

With the new business model, Apple is responding to emerging music competitors such as Amazon which are selling musics without the DRM. In the Web 2.0 era, restrictions on intellectual assets may not be effective and could also deter people from using or purchasing services. By allowing downloaded music through iTunes to be used in many more ways, the value to customers is enhanced.

The more flexible pricing structure would allow music to be priced based on demand. This is not much different from the strategy used by low cost airlines in pricing their tickets. 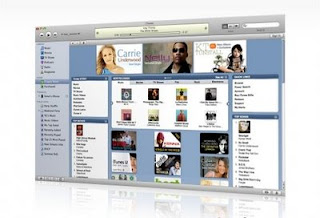 This effort also extends the distribution channel through iPhones using 3G networks. My making purchase easier, the chances for existing customers to download more music would be higher.

The changes in the iTune business model reflects the need for companies to listen to their customers and adjust the way they do business in the way that the customers want.

Nowthing could work forever and continuing change for better future should be high on the agenda of all companies.
on January 08, 2009

You can readily discover CNC machining services in Europe, properly as|in addition to} in Asia, North America, and elsewhere across the globe. The International Society of Automation is a non-profit professional affiliation founded in 1945 to create a better world through automation. Apart from the tools, the personnel need to be extremely skilled and qualified to execute the product growth duties. With the constant modifications and developments SECURITY CAMERAS within the manufacturing sector, you should to} positive that|be positive that} your workers are updated.