Making the Right Decisions at the Board Level

We ALL make decisions every day. Deciding what to have for lunch is a decision and sometimes we make this kind of decisions spontaneously without much reflection.
Of course, it would be a more complicated decision if one is observing some form of diet or suffering from illnesses which require some dietary control.
Making decision is one of the key responsibilities of board members. However, given their oversight role over management in many key areas of governance, the impact of those decisions are more significant and important than deciding what to have for lunch.
The range of the areas covered could be wide from strategy, performance and key operational issues to matters related to human potential and succession planning. Boards also set the risk appetite of the organisations which will influence the degree of risks they are willing to assume in every decision.
If the processes of appointing people into board positions are strong and only those with good track records and having the required competencies and skill sets are invited, why should board members have problems in applying judgment and making the right decisions? 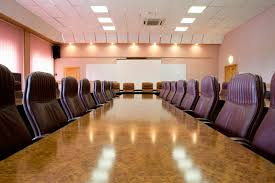 Well, there are a number of issues which may dilute the effectiveness of decision-making at this level.
The Committee of Sponsoring Organisations of the Treadway Commission (COSO) in the US had published in 2012 a discussion paper on avoiding judgement traps and biases which is worth considering here. Among the factors are rush to solve, judgment triggers, overconfidence, confirmation and availability.
Rush to solve is when boards decide on a decision without having a clear idea of what are the problems to be solved and the intended outcomes of the decisions. This could happen when they have high confidence on management who could be tabling what are seemingly workable alternatives and the decisions have to be made within a limited time.
A judgement trigger is an assumed problem which requires a decision to be made. For example, an opportunity to acquire a strategic asset appears at what management consi- ders a bargain price. The board may act to concur without even asking whether such acquisition is in line with the overall strategic objectives of the company or whether the price is really a bargain.
Overconfidence is when the decision maker overestimates their own ability to perform task or make accurate assessment of facts. Having made  similar kinds of decisions in the past may provide such overconfidence and decisions can be made using shortcuts without much consideration of the facts and circumstances of the present decision at hand.
Confirmation is when a position has been established upfront and the decision maker looks for evidences to support the position instead of looking for evidences which could disproof such position.
The risk is of evidences to the contrary being ignored although they may surface during deliberations. This risk is also faced by auditors when considering audit evidence to support their audit opinions.
When a decision maker limits himself or herself to the facts provided or to knowledge and information which are familiar to the person, the decision is limited to the availability of facts, knowledge and information. Further probing or obtaining views of people beyond them may provide better perspectives of an issue.
In addition to the above, decisions in boardrooms are also influenced by board dynamics. The ways the chair allows discussions before a decision is made and the culture of how the board members interact with themselves, which is built over time, could also influence decisions.
A strong chair who takes strong views on matters to be decided upon may send signals to other members of the board on the direction of his or her thoughts. In a board where the culture to comply with the chair is strong, this could lead to arriving consensus without much deliberation.
This factor is vital in the context of Malaysia as the power distance in our society is fairly wide and the risk of having a dominating chair is very real.
We could also have situations where the ultimate decision maker may not even be in the boardroom. Some members of the board could be representing parties which have significant stake in the organisation and could have different positions with the rest on certain matters.
However, generally, board members have to decide based on the best interests of the organisation as a whole. How they deal with such situation would be important.
As a conclusion, being aware about what could go wrong in decision-making is very crucial for board members in performing their duties. Having clear decision-making process could be one of the ways to enhance the quality of decisions. The bottom line is, decision-making should not be taken lightly and efforts must be made to avoid missteps.
This article was published in The Malaysia Reserve under the column Boardroom View http://themalaysianreserve.com/new/story/making-right-decisions-board-level
on August 06, 2016

We make enjoyable go further with Money Back on every Spin, whether you win or lose. These sites steal your data or collect your cash without permitting you a good probability. You’ll be spinning the reels in no time with a sport of slots, and the beauty of|the great point about|the fantastic thing about} it is there are tons of select from|to select from}. However, you'd like|if you'd like} a recent this publish expertise, take a look at|try} the most recent on-line on line casino with actual cash video games that 카지노 사이트 we advocate under. New on-line on line casino sites are perfectly authorized in Australia lengthy as|so lengthy as} they're totally verified. If you want to place a bet rapidly during your lunch break, play a traditional card sport for actual cash.