Pak Engku - The Down to Earth Accountant

Just imagine when you were the new kid on block and the youngest of them all. How would you feel when you were surrounded by more senior people, may who were known for their achievements and contributions to the country? Intimidated?

That was how I felt when joining the Malaysian Institute of Accountants (MIA) council for the first time in 2000. However, to my surprise, many of them were humble and nice, notwithstanding their stature in the society. Different from many people out there who have not achieved much but behave as if the whole world owe them a lot.

One of the personalities that provided me with many insights, wisdom, guidance and support when I was involved in the accountancy profession was Raja Dato' Seri Abdul Aziz Raja Salim or more fondly known as Pak Engku. He was the only person that had the privilege of being both the Director General of Inland Revenue and later the Accountant General. I believe this record would not be broken forever. Having him on the Council was helpful indeed, especially when we had to deal with the government and public sector. 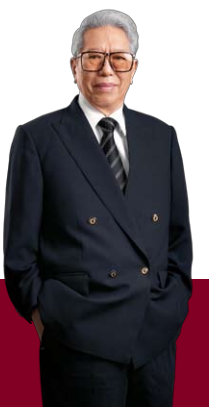 Not only Pak Engku was very approachable, he was very forthcoming in sharing his experiences, something which I treasure until today. By helping me to understand the contexts of certain events in the past, Pak Engku provided me with the right perspectives and insights which were relevant in my work at the MIA and in dealing with the society at large.

Honesty and integrity were characters which Pak Engku was associated with. Pak Engku had been very consistent in demonstrating that those values could be applied in the work that we do, irrespective of where we are in the hierarchy of the society.  I suppose people in his generation understood the meaning of nation building differently than many of us today. Many of them were involved in the setting up of many institutions which became the pillars of our society until today. Under those situation, having the best interest of the society in mind would be important than trying to promote self-interests.

We used to travel together to the ASEAN Federation of Accountants (AFA) Council meetings where both of us were council members. Certainly he was well respected by his peers in the region and when the council were having difficulties to address certain delicate issues, views from Pak Engku would carried weight in the final decisions. Whenever we travelled, we will have coffee after dinner together with his wife, fondly known as Mak Engku. This was when we shared many stories around the profession and society, conversations which were rich in insights and wisdom. In fact, what I learnt during these coffee sessions were really helpful later in my life.

Let me share a bit about Pak Engku and Mak Engku. They were certainly a very loving couple although as with many others they tend to have different views on many things. However, their love and affection to one another were obvious. There was an incident in Bangkok when we decided to explore night shopping and agreed to meet at a particular place. They were split and I was with Mak Engku. Somehow, we did not meet the other group where Pak Engku was with. Mak Engku decided to proceed with our plan. We did not realise that Pak Engku was so worried that he went back to the hotel and waited for Mak Engku at the lobby. We only realised this when we reached the hotel and saw him waiting anxiously. Both were great singers and they would never disappoint us at karaoke sessions which were the norms during AFA Council meetings those days.

Pak Engku was called back by his Creator on 4 March 2015. Certainly it was a great loss to the country. A towering Malaysian with honest heart, somebody like him will be difficult to replaced. إِنَّا لِلّهِ وَإِنَّـا إِلَيْهِ رَاجِعونَ‎ Surely we belong to Allah and surely to Him we shall return. It was an honour to know him and be guided by his wisdom and insights.