Red is the color! (Updated)

If one were to stand by the Karak highway today and observe the flow of the traffic, one would notice something obvious. There would be a lot of cars, and even buses, carrying red flags. He or she could be observing Kelantan supporters heading towards Stadium Bukit Jalil, where the final of the FA Cup will be played between Kelantan or more fondly known as The Red Warriors and Sime Darby Football Club.

As a Kelantanese myself I could understand the passion of these supporters. Others may perceive us as fanatics, not just in soccer but in many other aspects of life. To a certain extend I agree that Kelantanese can be too passionate that their emotions could persevere over their brains, sometimes good, other times otherwise. This could also be reflected in the ways soccer is played on the pitch. 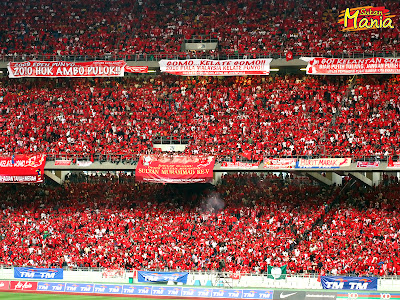 I first experienced tear gas when Kelantan was losing against Perak at the Sultan Muhammad IV stadium in Kota Bharu. This was in the 70's. If I am not mistaken, it was also a FA Cup match. When Perak scored their goal, the spectators were unhappy and invaded the pitch. It was so chaotic that the Federal Reserve Unit had to use tear gas to control the crowd. Yes, tear gas, even those days, could be very stinky and really hurt your eyes. To cut the story short the match was abandoned. When it was pealed again at the same stadium, Kelantan won 4-1. 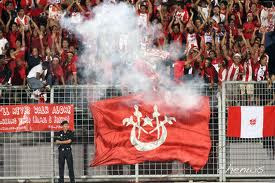 Kelantanese are also passionate about their politics. It is one of the states in Malaysia where government changes are normal. The people understand about risks and don't mind to venture. Some say Kelantan is a poor state but the people are rich. At least rich as heart, from my humble point of view. The political undertone will be obvious today. The Kelantan team is managed by a group and the other group is running the state at present. The state government has declared tomorrow as a holiday and I am sure the other side will claim the credit if Kelantan wins this evening. At stake would be the hearts and minds of the young Kelantanese supporters who could be voting in the next election. 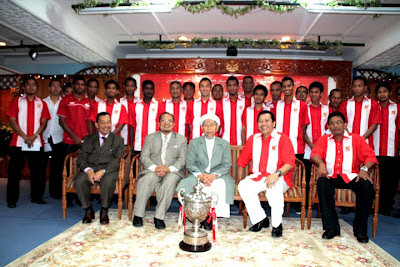 Beyond party politics, a Kelantan win will also stir the leadership of the Football Association of Malaysia (FAM). Not only FAM may be embarrassed if somebody that they had recently "disciplined" is able to lead a cup winning team, people might start to questioned the status quo in the FAM's leadership. I just can't understand why most of them are still proud to be there when the Malaysian national team remains steadily slotted at the lower end of the world ranking. I suppose many of this kind of questions will surface in the near future. 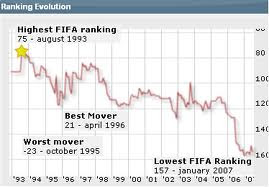 Back to tonight's match, Kelantan is certainly the favourite. Based on its track record so far, there is no reason why it should not win. However, Kelantan was in the same position last year but they lost 2-1 to Terengganu, their traditional nemesis. Could this happen again?

As a Kelantanese I hope that red will be the color of the evening. However, as mentioned above, should this happen, the vibration could be felt beyond the soccer pitch in Bukit Jalil.

Kelantan won the FA Cup for the first time with a 1-0 victory over Sime Darby, courtesy of a penalty kick. It was not really a match that we expect in a cup final but as most people will say, a win is a win. The pitch was really terrible that it attracted a lot of commentary. 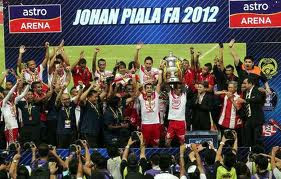 The competition did not end last night. The next chapter would be the race to reward the winners. I am sure the state government and other parties are now planning to come out with goodies to demonstrate their conviction towards the game and the warfare of the players. The cup will be paraded in the districts of Kelantan and many people will try to score as many political mileage as possible. I hope they would not go overboard to the extent of killing the sporting spirit generated by the whole episode.
on May 19, 2012