Can a country goes bankrupt? Never! I suppose that would be a natural response to his question. We are used to see what happens when a person fails to pay his debts. Even companies will be liquidated if the does not settle its borrowings. The creditors could petition to the court and a liquidator will be appointed. Assets of the company will be sold and creditors will be paid off, based on certain priorities. Those unlucky creditors will have to suffer "haircut", getting paid less than what was loaned earlier. 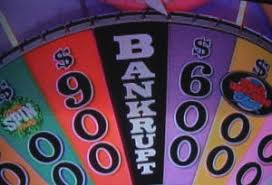 Countries are different kind of stuff all together. They are sovereign on their own, print their own money and able to extract resources within its borders and sell off to finance themselves. They could issue bond with better credit ratings than some of better companies.

Those were the thoughts of the past. I am sure we are familiar with the present days' scenes in Greece. Under pressure to implement tough austerity measures imposed by the EU, Greeks are suffering from the consequences of living beyond their means for a prolonged periods. They had more flexibilities when they were outside of the Eurozones. The had devalued their currencies many times in the past, burning the hands of many creditors. However, being a member of Eurozone, it is a bit more sticky now as the risks of its misbehavior will affect other countries in the monetary union.

Watching how Greece's civil servants having to suffer salary cuts, uncertainty in terms of retirement benefits and additional taxes to close the gap in government spending are certainly unpleasant. I am sure this scenario was not even imagined years back. How could a country goes bankrupt? 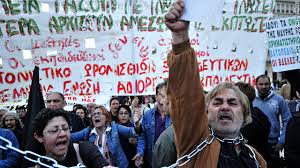 Bankruptcy is just a technical term. It could mean differently to a person, a corporation or a country. What matters is the consequences. Like people, when a country spends more than what it earns, over a prolonged period, the people will eventually have to pay for the consequences. Unfortunately, decisions for a country are driven by politicians who may not suffer as some of the consequences are only experienced much later.

When times are good, even the most stupid decisions would be branded as the greatest. What more in many cases, popular decisions which may not necessarily smart, are preferred to tough measures which may not be popular. Politicians are in the business of winning elections and elections are held within a very short intervals. Naturally, the focus would always be on short-term glory and letting the tragic consequences to be suffered by those who inherit their positions later. 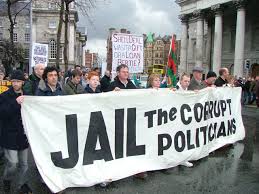 Citizens who don't care about future consequences of their demands are equally responsible to push countries into bankruptcy. If they elect politicians who promise the moon and the sky but has integrity of none, don't blame the politicians for doing what they are "capable of" later.

So, remember. People will suffer when a country lives beyond it's means. That includes you, me, our children, their children and many more.
on September 20, 2011

In some ways, countries are very different from private organizations and the bankruptcy situations they deal with. One clear difference is the others can easily solve their financial situation by getting the services of a bankruptcy lawyer Phoenix. Countries, on the other hand, would have to rely on the government, and juggle even more factors in decision-making.

A country may go bankrupt, but not to a point where all people starve and die due to starvation. A country is a different entity and it has also a different rules and regulation when it comes to bankruptcy issues. An individual can file a bankruptcy if he believes that his debts are causing too much burdens.